You are here: Home / All / Memoirs Offer Meaning 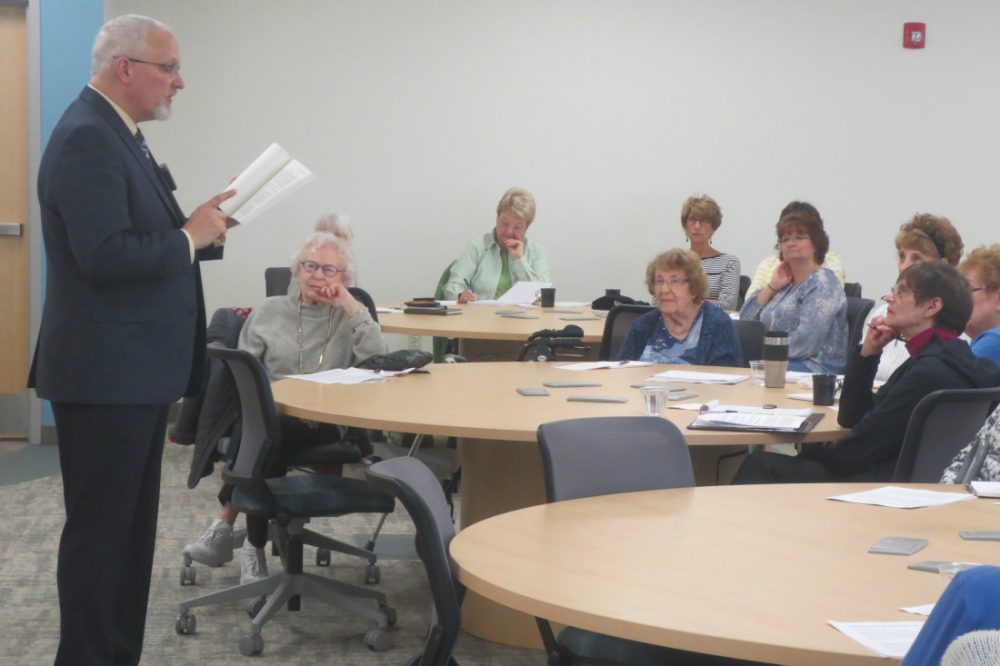 As he read from his own work at a presentation on memoir writing, John Sheirer had me with an anecdote about the slaughtering of the family bull, Susie

John is an author, and he teaches at Asnuntuck Community College in Connecticut. I’d invited him to speak on memoir writing for a client of mine, Glenmeadow, a life plan community for seniors that offers free educational programs in the Greater Springfield area.

In Glenmeadow’s offering, “Writing Your Life: An Author’s Tips on Crafting a Memoir,” John’s key point to the roughly 30 audience members was that memoirs don’t simply offer the events of the writer’s life; they communicate the meaning behind those moments.

John did just that with the bull story. Bull’s-eye.

The passage John read showed us that John was 18 when it was time to put Susie down, and he offered to pull the trigger, to prove his manhood. He talked to Susie, though, and told her she was the best bull the family had ever had. Then, John had to fire twice before Susie succumbed.

John didn’t tell that it was a traumatic moment. He showed us that it was. “I haven’t touched a gun since,” he said, reading from Growing Up Mostly Normal in the Middle of Nowhere; listening, I knew I wanted to buy the book.

“That was a significant moment in my life. I knew it was when it happened, but it took two decades to understand why,” he said. “The general theme (of what I learned) is that we don’t have to let other people define who we are. I could define manhood any way I wanted.”

John told the Glenmeadow audience that memoir “digs into the meaning of events.” I completely agree. Memoir isn’t about dates and facts. It’s about human emotion, the images that demonstrate learning and personal growth.

I can’t wait to read John’s book to see what other pivotal moments he experienced in his life thus far and how he expresses them on the page.

I have previously read John’s book, What’s the Story, which offers prompts for writers in the form of 50 photographs and 1,000 inspiring ideas. His other books include Loop Year and several titles for children that feature his dog Libby.

John alternated readings from his books with writing prompts for audience members. He read a passage from one of his books about childhood discovery, for instance, and then had them write about something they discovered when they were young.

“If your mind is blank,” he said, “keep your pen moving. Your mind will eventually fill in that void. Doodle. Write the same words over and over. Get the ideas down on paper. That’s a really important thing to keep in mind. If there’s never anything on paper, there’s never anything that’s going to get written.”

Another piece of good advice. John was full of good advice that day. He even offered many tips around writing a memoir, including these:

Learn more about John and order his books on his website.