My work is helping people get their stories down on paper, and out into the world–from concept development and writing to book design and publishing guidance. These are books I have helped my clients produce: 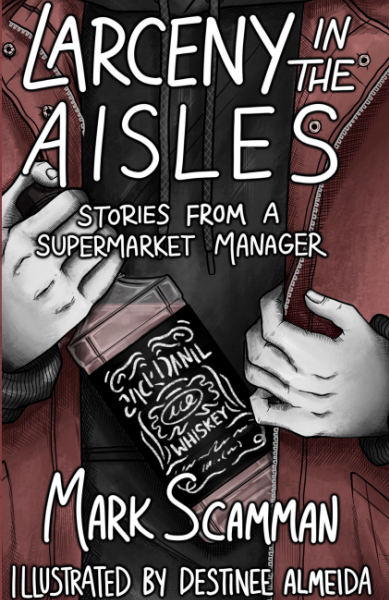 Larceny in the Aisles: Stories From a Supermarket Manager
By Mark Scamman

You spend your whole life internalizing right from wrong, and stealing has always been wrong. Right?

This collection of stories spanning a grocery store manager’s career sheds light both on the broad range of retail theft— from not-so-cleverly-planned organized maneuvers to desperate attempts by those with low incomes, including senior citizens. Some stories may make you laugh, while many will have you shaking your head in wonder.

Author Mark Scamman also sheds light on laws that protect retailers, showing readers that those safeguards are now being minimized. Stealing is being overlooked, accepted as commonplace. Laws are being reformed to actually make it easier to steal with little or no accountability for one’s actions.

Is shoplifting okay? Are consequences strong enough to curtail repeat offenders? See what you think after reading Mark’s stories, which are sure to engage you. 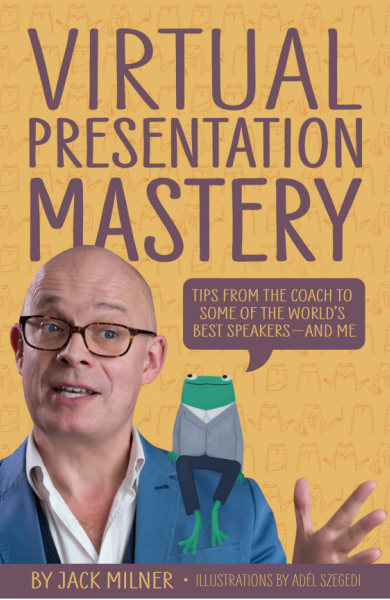 Virtual Presentation Mastery: Tips from the coach to some of the world’s best speakers—and me
By Jack Milner

Jack Milner’s book reflects the reality of our new virtual world order and will give you all the latest tools and techniques for developing confident, memorable, and entertaining virtual presentations.

Whether you’re pitching an idea to a client, winning support on your strategy from your board, or inspiring your team, Virtual Presentation Mastery will transform the way the audience hears your message every time.

All of Jack’s tips, tools, and resources are presented with humour in Virtual Presentation Mastery in a clear and systematic way, and they are backed by Jack’s many years of experience as a presenter. 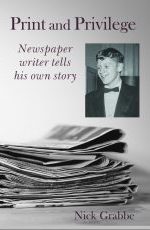 Print and Privilege: Newspaper writer tells his own story
By Nick Grabbe

In “Print and Privilege,” Nick Grabbe tells stories from his forty years as a newspaper editor and writer, taking readers from the age of manual typewriters to the decline of print journalism. Nick also shows how he survived an elitist childhood, struggled through his erratic twenties, somehow found fulfillment in career and marriage, and became an advocate for simple living. He describes pioneering as a man at a traditionally women’s college, raising a son with Down Syndrome, and taking part in a campaign to change a local form of government. Through it all, Nick discovered his own meaning of “privilege.” 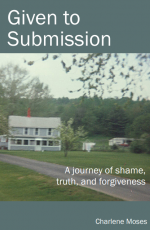 Given to Submission
By Charlene Moses

Charlene Moses grew up in both Massachusetts and Maine, as her parents were restless and moved frequently. Lonely and shy because she didn’t speak English in an English-speaking school, and insecure because her parents were as rigid as her Catholic upbringing, Charlene had a rugged childhood that also included several specific traumas.

After an impulsive, and brief, first marriage, Charlene entered the United States Marines as a private. She was browbeaten by superiors and placed in an impossible situation. Her lack of self-esteem led her to make a decision she deeply regrets to this day. Given to Submission tells the story of the early part of Charlene’s life and how it led to the action she took in the military, for which she seeks forgiveness.

The book is the story of a young woman butting her head against the odds as well as an apology. It will appeal to adults and young adults. Charlene hopes reading it will help empower others. 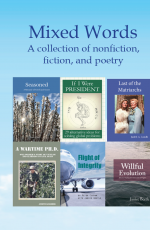 Mixed Words: A collection of nonfiction, fiction, and poetry

The excerpts in Mixed Words are taken from works written by adults, for adults. There are passages from memoirs, a work offering social inspiration, a work of fiction based on a real-life story, and poems for adults and children. Definitely engaging, the book may entice you to buy some of the works the samples are culled from! Most importantly, this project is a fundraiser. Proceeds from sales will benefit children in need in the Lakes Region of New Hampshire, via the Greater Lakes Regional Children’s Auction. The Auction is a nonprofit that hosts an annual event for one week every December in central New Hampshire to raise money that is granted to local organizations that support children and families. Funds are also raised all year long. Over the thirty-eight years the Auction has been in existence, over six million dollars has been raised for philanthropic good, all through volunteer efforts, community donations, and corporate sponsorships. Help our authors help the Auction—and provide a boost for people who need it most. It’s for the Kids! 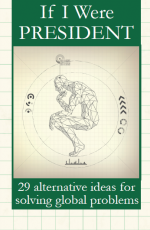 If I Were President: 29 alternative ideas for solving global problems
By Vincent Valetutti

Over the years, Vincent “Vinny” Valetutti has conceived of many ideas and social solutions to global problems, but he has kept them mainly to himself. Thanks to Greta Thunberg, the young Swiss environmental activist, he was motivated to write this book. Vinny has no set agenda aside from bringing peace and unity. He is not a Democrat, Republican, or an Independent. He is a realist, and readers will find that his ideas fall to the left, right, and center. In these pages, he presents twenty-nine concepts in these eight categories: Invitation to All World Leaders, Military, Constitutional Amendments, Capitalism, Social Issues, Energy Conservation and Environmental Protection, Health Care, and Patents.

Vinny is not a candidate for any office, including the presidency. He shares his thoughts only to enlighten and inspire, like young Greta. It is Vinny’s hope that, together, we can create a more unified, compassionate planet. 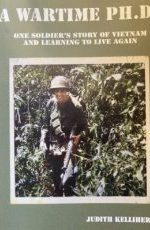 A Wartime PH.D.: One Soldier’s Story of Vietnam and Learning to Live Again
By Judith Kelliher

In 2013, after reading a popular nonfiction book about a World War II soldier’s incredible story of survival, Judith Kelliher began to wonder about her older brother Bobby’s experiences in the Vietnam War in the late 1960s. With 12 years separating the two, Judy was too young to understand what Bobby had been through.

This book, based mostly on interviews Judy led with Bobby, tells the story of his two, back-to-back tours in Vietnam and his life after the war. Bobby barely survived the first year of service as he had more than the North Vietnamese Army with which to contend. A bait-and-switch by the government in his second term landed him again on the front lines serving as an operations and intelligence advisor to the South Vietnamese Army. One incident in particular was so unbearable and incomprehensible for Bobby he would have preferred facing the enemy with guns drawn.

Back at home, Bobby, like so many veterans of the war, was anguished yet vacant, unable to feel or acknowledge his brokenness. Re-entry into marriage, children, and career became unmanageable as Bobby could not escape the horrors of his service. It would take the constant love of family and friends, and the support and guidance of strangers to make him whole again. 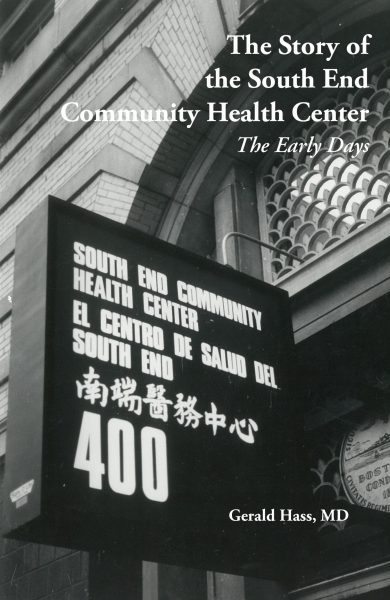 The Story of the South End Community Health Center: The Early Days

Dr. Gerald Hass was an assistant clinical professor of Pediatrics at Harvard Medical School at Boston Children’s Hospital and a fellow of the American Academy of Pediatrics. His book tells the story of the founding of the South End Community Health Center, which opened its doors in the South End of Boston, Massachusetts, in 1969. The health center gave personal and continuous care to thousands of inner-city families, and its staff members were sensitive to the lives and the needs of all South End residents, including recently arrived Latino families. The Center’s story is told through interviews with its founders, board members, staff, and patients. 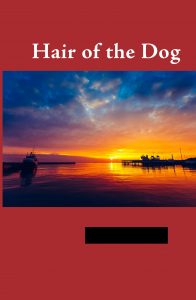 Hair of the Dog
Author anonymous

Hair of the Dog is a murder mystery written by a woman who passed away before she was able to publish her work. I edited it at the request of the author’s mother, as a gift for her family. The book is set in Madison, New Hampshire, in the northern part of the state, near Silver Lake, roughly between 1996 and 2007. In the midst of a gripping who-dun-it, readers will also find an important yet subtle subtext. At least a half dozen of the major characters wrestle with alcoholism; those who are in recovery educate about what the disease is, and what it is not.

This book is not for sale. 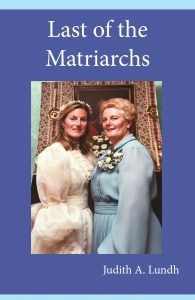 Last of the Matriarchs
By Judith A. Lundh

Judi Lundh is a retired English teacher who lives not far from my home in the Lakes Region of Laconia, New Hampshire. This book is about Judi’s mother, Virginia, and it was a gift for Virginia on her 90th birthday. The Last of the Matriarchs begins with Virginia meeting the man she would marry in the early 1940s and offers glimpses of special moments in Virginia’s life as a wife and mother—raising three daughters, working hard, spending time with her dear friend Eleanor. The book ends with a poem Judi penned, called “Sonnet of Love.”

This book is not for sale. 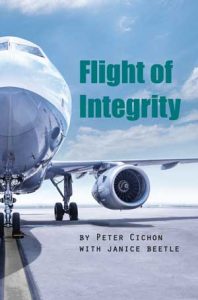 Flight of Integrity
By Peter Cichon with Janice Beetle

Peter Cichon spent countless hours daydreaming about leaving his trucking job behind to transition into a career at an airline. He worked sixty-five hours a week, living in his car on weekends, to make the transition in the early 1990s. His new career as a ramp agent exhilarated Peter and made him proud. He became a leader at his airline, where sexual harassment and racism were rampant. In addition to doing his job, Peter became a defender for colleagues who were beleaguered victims of a trio of aggressors. Standing against them was ultimately a major sacrifice.

This novel, based on fact, tells Peter’s story. 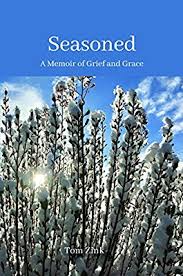 Seasoned: A Memoir of Grief and Grace
By Tom Zink

This memoir is the story of Tom Zink’s unwitting grief journey of five decades that began when his older brother Steve was hit by a car and killed while on the paper route the two boys shared. But this is not merely a story of grief and recovery; it is also a poignant and, at times, humorous look at laughter and lightheartedness, winning and losing, and doubt and faith. 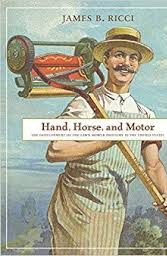 Hand, Horse, and Motor
By James B. Ricci

This book features nearly 200 individuals or corporations that manufactured lawn mowers in this country and offers a snapshot on the patents, products and historical contributions each brought to the industry. It also offers interesting anecdotes, photographs and ephemera from the author’s extensive collection.

Authors trust me with the facts and the feelings that will serve as the foundation for their manuscript.

If you have a book idea, I’d love to hear it.

Get blog posts by email!

This man caught his fish because he was patient. As writers, we also have to be patient with the process. It may take time, but you’ll get there.#sculpture #outdoors #fisherman #writing #writer #writingcommunity #lovewords ... See MoreSee Less