You are here: Home / All / Given to Submission Release 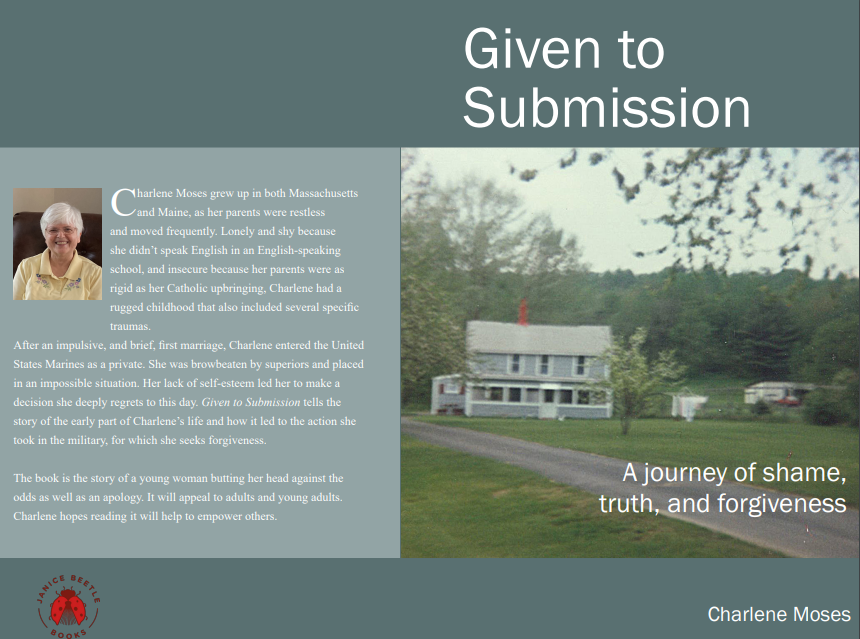 Charlene Moses grew up in both Massachusetts and Maine, as her parents were restless and moved frequently. Lonely and shy because she didn’t speak English in an English-speaking school, and insecure because her parents were as rigid as her Catholic upbringing, Charlene had a rugged childhood that also included several specific traumas.

After an impulsive, and brief, first marriage, Charlene entered the United States Marines as a private. She was browbeaten by superiors and placed in an impossible situation. Her lack of self-esteem led her to make a decision she deeply regrets to this day. Given to Submission tells the story of the early part of Charlene’s life and how it led to the action she took in the military, for which she seeks forgiveness.

The book is the story of a young woman butting her head against the odds as well as an apology. It will appeal to adults and young adults. Charlene hopes reading it will help empower others.