You are here: Home / All / Writer Brings Craft-Centered Workshops to the Valley 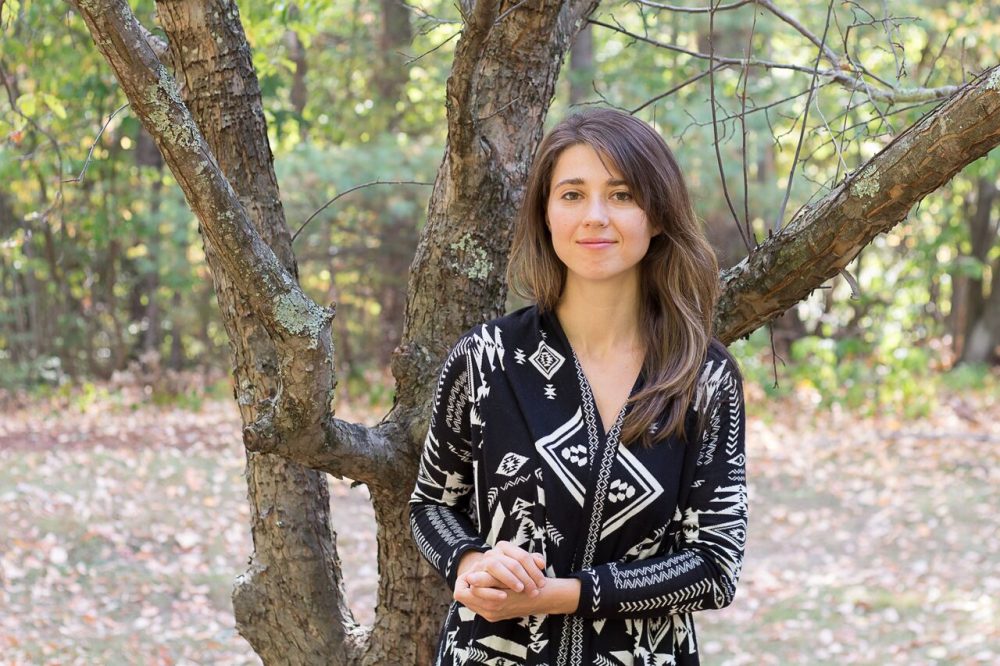 Earlier this fall, I began to get emails about writing workshops in the Valley from a woman named Joy Baglio, someone I do not know. Intrigued, I asked my intern Abby Taylor to interview Joy for a blog. We learned that Joy founded Pioneer Valley Writers’ Workshop in 2016, shortly after moving to Northampton from New York City. A fiction writer, editor, and educator, Joy wanted to create a local creative writing school to help other writers develop their craft and foster writing community in the Valley. Since then, regular writing classes on varying topics have been held frequently at Commons Coworking, a communal workspace in Williamsburg, Massachusetts, as well as other venues in the region.

In addition to her role as director of Pioneer Valley Writers’ Workshop—which we will call PVWW, even though I hate acronyms—Joy works as a freelance editor, writing instructor at Grub Street in Boston, and associate fiction editor at the Bucknell University-based literary magazine West Branch. She holds an MFA from The New School, and her short fiction has appeared or is forthcoming in such literary magazines as Tin House, The Iowa Review, New Ohio Review, TriQuartly, PANK, and elsewhere.

Here are some snippets from a conversation Abby had with Joy recently:

What inspired you to start a writing school?

I began PVWW almost immediately after returning from the Tin House summer writer’s workshop in 2016. It was such an inspiring week of craft talks, readings, and literary conversation, and I wanted to continue that level of craft discussion, energy, passion, and sense of writing community here in Western Mass.

What’s the vision and goal of PVWW?

PVWW is a place where writers—both experienced and those just starting out—can come for community, feedback, and rigorous craft instruction. At the core of our mission is Flannery O’Connor’s words: “Learning to see is the basis for learning all the arts,” which is really the first step for anyone trying to write in a way that’s original, powerful, and relevant. At the root of all great writing is a sense of curiosity about the world as well as the ability to observe, to perceive detail and nuance. Our goal is to help writers learn how to do that, to develop the tools to better understand what works and what doesn’t, and to help them become aware of all the choices available to them at every moment of the writing process

What kinds of workshops does PVWW offer?

We offer a range of one-day and multi-week workshops that focus on specific writing-related topics. Some of our recent classes included Secrets of Magical Realism, Lyric-Writing for Songwriters, and Fun with Writer’s Block. Our longer workshops focus on student work and feedback.

What role does community play for PVWW?

Community has been at the heart of everything we do. Commons Coworking, the wonderful communal coworking space in Williamsburg, where we’re based, has really been instrumental in helping us get started and their community-centered approach is partly why we’re able to exist. We also wouldn’t be where we are now without the support of so many of our students who keep coming back. The idea of a creative community growing, expanding, and inspiring each other is big part of our vision. And it’s great to see that workshop groups often form unique connections with each other, which often leads people to continue reading each others’ work even after the workshop ends. Beyond craft, our goal is to help people find the inspiration and courage to write, to be creative, and then to keep that going and sustain and nurture it in their lives.

You’re also a writer with a number of projects underway. What are you working on now?

My big project these days is my novel-in-progress, How to Survive on Land. It’s based on my short story of the same name, which won the Honorable Mention in Ploughshare’s 2016 Emerging Writer’s Contest and was published that year in the New Ohio Review. I’m hoping to have a first draft done by summer 2018!

We’ll be kicking off in January with several one-day craft classes and an eight-week Intro to Fiction workshop in February and March, led by author Seth Harwood, who also teaches writing at Harvard and Stanford. We’ll also be continuing our Open Community Writing Sessions on the third Friday of every month, free and open to all, which aim to bring writers of all levels, backgrounds, and experiences together to write, share, and discuss. Beyond all this, we’re starting up a series of short craft videos, so find us on Youtube and subscribe to our channel!