You are here: Home / All / Vulnerability, Passion 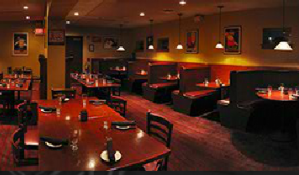 Note: This is the sixth of eleven parts. Click here to read from the beginning.

Two weeks of texting with Jacques passed quickly, and then it was time for us to meet. This came about a week after the mortifying first date with Mike, which I’d told Jacques about, saying there was no possible way he could be a worse first date.

When I arrived at The Sierra Grill, Jacques was already seated in a booth, drink in hand. He stood to greet me, first offering his hand and then giving me a quick hug.

The gesture allowed me to see he was just slightly taller than me and had dark brown eyes. He looked as warm and handsome in person as in his lobster photo. I took a deep breath and slid into the booth on the opposite side of him.

I noticed that Jacques’s hand was trembling as he held his glass, and I liked seeing he was feeling vulnerable. A nervous guy is endearing.

“What are you drinking?” I asked him.

“An Old Fashioned,” he told me. “I’d order a Manhattan, but no one can make it like my dad used to.”

I felt confident and at ease, like I was dining with someone I had known for many years. Everything Jacques said resonated with me, touched me, or amused me.

Early on in the evening, I was as detached as I’d been on the first two first dates. I studied Jacques for signs of weakness, inappropriateness, character flaws. I saw only a strong, confident, tender, emotionally available person.

At some point, I also saw a glimmer in Jacques’ eyes that was warm and inviting, and I knew if I looked at him square on, into those big brown pools, I would lose myself. So, I averted his glance.

My goal in this round of online dating, after all, was to meet a fair amount of men and not fall in love with the first one. (I’m in love with love, as you know.)

I was proud of how I’d made good decisions after and on the first two dates and wanted to keep up my own good work.

But then Jacques gave me a quick kiss outside The Sierra Grille. I had another flash in which I caught the emotion in his eyes, and the kiss was electric.

I knew in that moment that I was in trouble.

By the time I got home, I had a text from Jacques: “I so enjoyed meeting you. Feels like I have always known you. So comfortable.”

“Can’t believe we talked for three hours. We are strangers,” he said.

“When I looked into your eyes,” he said, “I saw vulnerability and passion.”

Wow, I thought. That’s exactly what was going on in there.