You are here: Home / All / Unearthing Manuscripts from Days Past 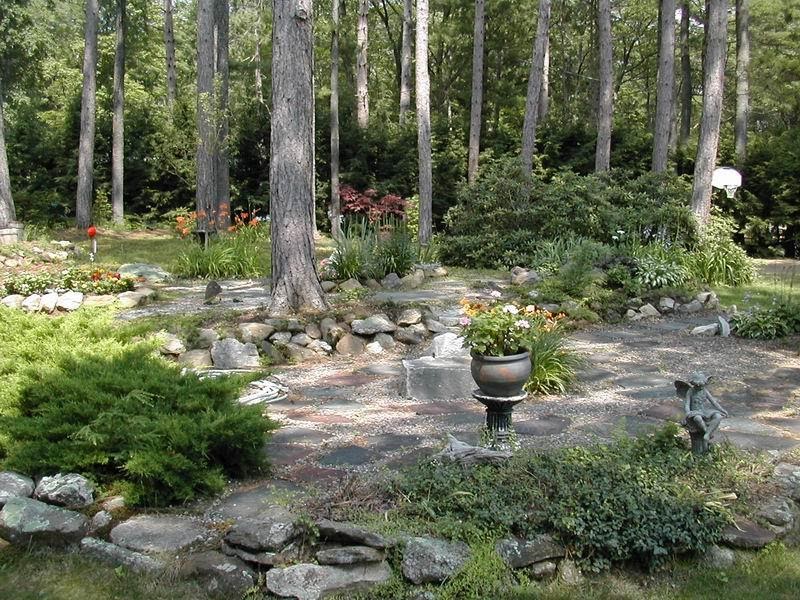 Some of the treasures I’m recovering as I prepare to move in a few weeks are pleasant, such as snapshots of my children and grandson Eli when they were small, and writings from years past.

While packing my office, I stumbled on a file folder full of typewritten materials and realized it was the first 10 or so chapters of a memoir I wrote two decades ago. The book was about the summer camp my parents owned on Lake Winnisquam and how that place of solitude shaped me.

In the brief time I spent paging through the chapters before moving on to actually accomplish something, I found an entire chapter about my mother—about how the Camp, as we called it—gave us a chance to reconnect in the summers. I was struck by how the work I’d penned so long ago still felt true, how it deeply resonated with the me I am today.

I didn’t have a digital file, and my sister-in-law encouraged me to retype it and fix spelling and grammatical errors. (I was a lousy copy editor back then.) I followed through.

The below is a clean version of my long-ago musings. I gave it to my mom on August 18, her 90th birthday. The photo that accompanies the blog shows one of the gardens my mom created from an expanse of pine-needled woods, with her own hands and grit.

The lake was calm at the Camp during the week, no boats out there, making waves. The woods were quiet. It seemed even the train didn’t run during the weekdays. It was my favorite time with my mom.

I was used to having my mother all to myself to a degree. My brothers were older than me and out of the nest earlier, so in some ways I felt far more the only child than one of three. I had my own bedroom, and my parents never had other children tangled up in their limbs when I wanted attention or had some other need. At Camp, though, my mother and I were even tighter. She didn’t have my father as a distraction, and I didn’t have my friends.

My mother and I played cards together. She taught me how to play cribbage and solitaire, and she taught me so well how to play Scrabble that I can beat her now every fourth or fifth—or sixth—time. We read books together, made trips to the Belmont Library and the Spa, a book store, and we devoured pages of novels, one after another. I read Judy Blume, every book she wrote that I could get my hands on. Maybe I love reading so much now because it gave me such a good feeling back then, lying on the sofa, paging through a story while my mother did the same in her plaid rocking chair across from me.

Even doing errands with mom at Camp was fun. We’d go to the laundromat or the grocery store, the hardware store, and it was pleasant, an event. Riding in the car to get places was fun too. Mom drove a Ford Mustang, a convertible, and we’d put the top down and cruise down Union Road, singing Tom Jones as loud as we could. Wind blew in our faces. We crested small hills and then charged down them, Mom gunning the gas to give it more of a roller coaster effect. We sang, “What’s new Pussycat, whoa oh whoa or whoa-ooo.”

In summer, mom transformed from the kind of woman who wore long woolen skirts and had bridge parties, the kind who wouldn’t be caught dead outside her house in rollers, to a woman who lived in a T-shirt and cut-off jeans, slathered with mud, her hands rough from working the earth.

Mom was a rock poacher in her day. We traveled down the back roads on the way to one place or another, and I’d be reading or chatting at her nonstop. Her mind was elsewhere. She was studying the rocks.

“Huh?” I’d been talking about boys, probably, and thought she was referring to a boy too.

She’d pull the car over and hop out, and before I knew it, we’d be rock hunting, mom sifting through woods and rockpiles for I don’t know what kind of rock, really, but nice-looking ones that could be used to build stone walls around the Camp.

Once, over on Fox Hill Road, mom stopped to gather rocks, and I was looking over the flora, picking flowers. I had a handful of daisies in each hand and was stepping on the rocks, balancing myself, my hands and my daisies out at my sides.

Then, my mother screamed a blood-curdling scream. I fell off my rock. I looked over at her. “It’s a snake,” she cried.

I laughed. I was so relieved. I thought she’d fallen or had a heart attack. Surely, she gave me one. My mother was not amused, though. The snake was less than a foot long. I picked it up, and my mother shuddered and screeched. I laughed all the way home, but my mother never found the humor in it.

Mom used these rocks she collected to build stone walls on the small terrace near the beach and all around the foundation of the house. She planted rhododendrons and lilies and junipers inside these borders, and she used the remaining rocks for rock gardens scattered here and there, full of wild sedum, phlox, Shasta daisies, and a few annuals, next to the patios and terraces mom also built by herself.

A lot of sweat and muscle and solitary hard work went into my mom’s landscaping, and I think my mom added thousands of dollars onto the value of the house, but more importantly, the yard was a beauty to behold. Driving in, the cabin was surrounded by ferns. A hedge that stood no taller than me when I was a teenager towered twenty or thirty feet by the time I was thirty, blocking any view of the Cummings house from ours. Rhododendrons bloomed all around the border around the house. A small lawn was deeply green.

Sitting in the living room, looking out at the lake, a white rhododendron blossomed, surrounded by lily of the valley, white iris, and the junipers lined against the fence that kept my children from careening down the hill to the beach below. There was moss on the bricks of the patio, and the stones were wedged solidly in place, ferns growing amongst them. It all reminded me of my mother. All that beauty was my mother; it sprung from her loins like our yard full of children.

At Camp, life was uncomplicated. When mom was busy working, I went for boat rides by myself, feeling important behind the wheel. It was fun to go to the post office and come away with envelopes covered with stickers and full of news of home. I made sandcastles on the beach. I sat alone in a pine tree that hung low over the water.

I was a thirteen-year-old, walking the railroad tracks, placing an ear to the rail to see if you could really hear vibrations. I was a fourteen-year-old, picking blueberries and baking Blueberry Buckle. I was fifteen, playing with a little boy next door, turning circles in the water with him, searching for clams and driftwood. I was sixteen, walking through the woods, smelling ferns and honeysuckle, kicking stones, watching clouds in the sky swirl in patterns. I was ageless. I was free, and I had my mom.