You are here: Home / All / Two Texters 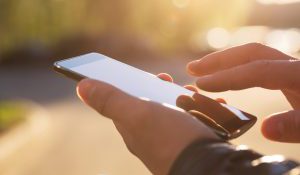 Note: This is the fourth of eleven parts. Click here to read from the beginning.

I met Troy and Jacques on Bumble around the same time in late January.

Troy lived on the shore in Connecticut and also owned property in Las Vegas. He was at Bradley International Airport, getting on a plane headed to Vegas, when we connected on Bumble, and he was to be traveling for many weeks.

So, we started texting regularly because getting together was not an option.

Troy was a lawyer who worked 12-hour days, seven days a week. He was wired like an academic and had a deep interest in history—World War II history in particular. This wasn’t an attraction to me, since math and history are not my strong suits, but Troy also had a great sense of humor, and he enjoyed hiking and the outdoors. Many of his photos on Facebook were taken in the deserts of Nevada.

Troy enjoyed fine leather, fine wine, and he owned multiple vehicles, including the same green Jeep Cherokee Ed had. I saw that coincidence as some sort of sign.

In Jacques’ case, I almost didn’t even swipe right for him.

Jacques had no profile. Not one sentence. I could only see that his name was Jacques, and he was from Connecticut. Also, he displayed only one photo; the other images he offered were sports logos, Peanuts cartoons, the red maple leaf that is Canada’s national symbol.

Still, I swiped right. There was something about this guy’s face in that one photo. His smile was warm and genuine and captivating. He had close-cropped silver hair, clearly was into weight-lifting, and was holding a lobster. I like lobster, and I liked that smile.

“What would your profile say if you had one?” I asked him when I made the first connection.

He offered a succinct summary of himself as well as a greeting in French. “Bonjour, Janice.”

“You speak French?” I asked.

A sense of humor. I liked it.

I learned Jacques had dual citizenship in the United States and Canada, and he spoke French about as fluently as I do, which is to say, he knew a lot but could not carry on elaborate conversation. He was divorced, employed—as an air traffic controller at Bradley (how interesting)—and had three grown children. He was a Republican but didn’t lean right enough to tolerate Trump.

“Are you looking to hook-up or do you want a long-term relationship?” I asked him.

“I was married for 28 years, and I don’t know what I want,” he said. “I think right now, just someone to have dinner with.”

I told him he got points for being straightforward and honest, and we made a plan to meet for dinner two weeks later at The Sierra Grille in Northampton in early February. I told him I wasn’t crazy about texting extensively in the interim—partially because I was already texting so often with Troy.

But a day later, Jacques texted me:

“I know you said you don’t like texting, but it seems like it might be a good idea to get to know one another since we won’t meet for a few weeks,” he said.

I couldn’t argue with that. We began a conversation.