You are here: Home / All / Time Out for a Tale about Personal Growth 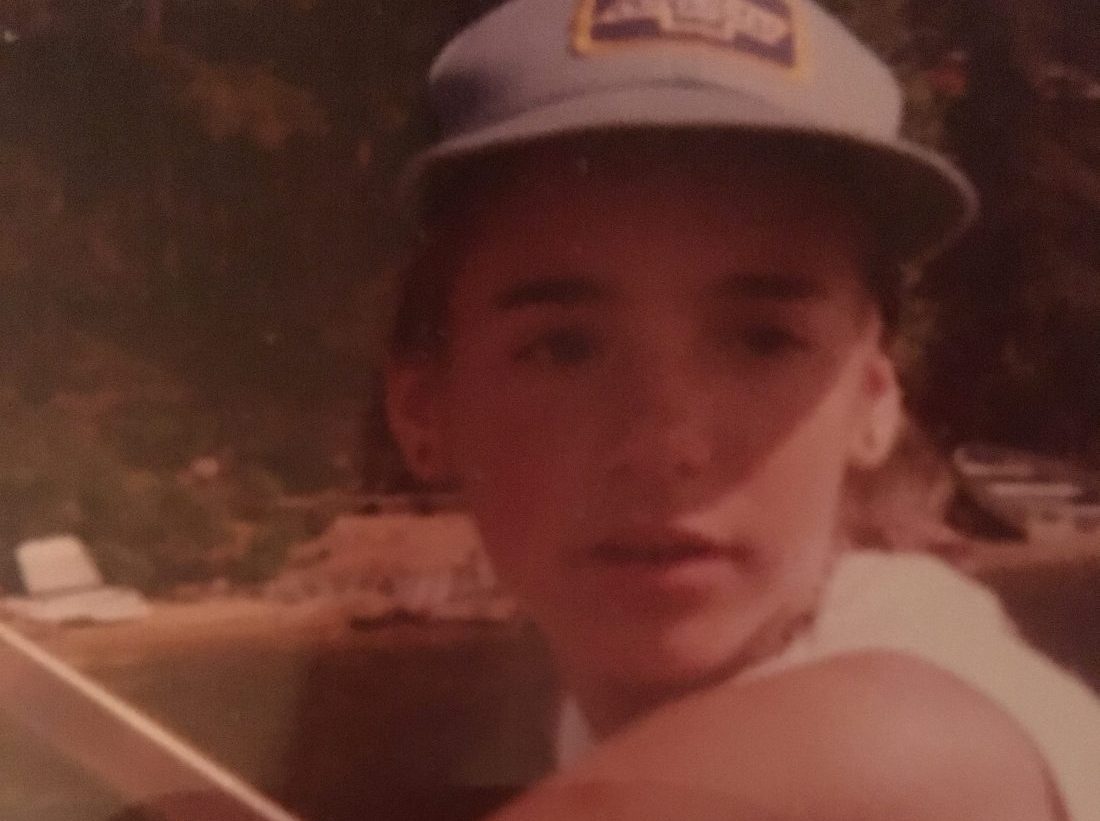 This is the first blog in a series that will play out over time.

I told you that this week I would tell you more about the book I wrote with Peter Cichon, Flight of Integrity. Turns out, I lied about that. We are using Off the Common Books in Amherst, Massachusetts, to publish this book, and they are not quite ready to make it live. So, I’m going to hold the secret of it for a bit longer. Stick with me, though.

I want to tell you a story today about inner strength—mine, to be specific.

This summer, I was visiting my best childhood friend, Sarah Bailey. I’ve known her since we were babies. Our moms were best friends, too. We spent an evening in late July, reminiscing. Sarah pulled out an old album, and we looked at photos of ourselves as younger people, mostly as teens and 20-somethings.

One photo in particular struck me. I was sitting in the driver’s seat of my dad’s old green Glastron. It was the first of his speedboats that I ever got to drive, so I know I was about 14. The look on my face just kills me.

I look shy. Unsure of my next move. Completely lacking in confidence. Even a little bit sad. And I happen to know, back then, that is how I felt.

The adult Janice knows, though, that she was a badass. I mean look at me. I’m sitting in the captain’s seat of a boat with a 200-horsepower engine, at a dock on the lake where we owned a home.

I drove that boat to and from my first job as a chamber maid at the resort across the lake. I drove it to the store to buy candy and retrieve the family’s mail. I was learning how to take people waterskiing. I was learning how to become a better skier myself. I knew what to do if something went wrong out on the water.

I thought I was dull, ineffective, small, unworthy.

This year, as I read books from authors such as Brené Brown, Glennon Doyle, and Abby Wambach, I feel wistful that I didn’t know then what they are telling me now—what I know now. Women are strong and can dare greatly. We are the warriors. We are the wolves.

It’s Abby’s book, “Wolfpack,” that I wish I had back in the 1970s. She tells young women that we were taught to believe we are Little Red Riding Hood, and that we were tasked with being good and staying quiet. But we are really the wolves.

Things would have been very different for Janice.

She likely would have known she was athletic and would have played sports in high school. I’m sure Janice would not have quit the gymnastics team just before her first meet, because she couldn’t yet do a back handspring.

Janice would have traveled after college, like her daughter Molly did, flying off to the Marshall Islands to teach young Marshallese children and learn about a different culture and a third world country most people don’t know exists. Janice might also have seen some things before settling into a career.

As a young journalist, Janice wouldn’t have had to learn from a colleague that she could have asked for a raise every year; that that’s a thing.

She would have called out “Got it” in rec volleyball, rather than letting another teammate lunge for the ball and make the play.

So much would be different if young Janice had read “Wolfpack.” If someone she knew and trusted had planted that seed in her mind, “You are already a wolf.”

Half of my life would not have gone by before I found my inner strength.

So, here’s the call to action: We all have young women in our lives. Please buy someone you love a copy of “Wolfpack” for the holidays, a birthday, or just because. Write on the title page, “You are already the wolf.”

As I continue this story over time, I will add links to the next installment. At this time, it does not exist, except in my mind.