You are here: Home / All / Three First Dates 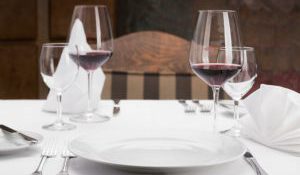 Note: This is the third of eleven parts. Click here to read from the beginning.

Here are little snippets on three guys I connected with on Bumble, texted with only briefly, and met in person a short time later. None of them rated a second date. I have not used their actual names because, well, we know the world is small.

The first person I had a first date with after connecting on the Bumble app was Sam. He lived in Hampshire County, was a lawyer, had grown children and the right instincts when it came to manners, meaning he was gentlemanly.

We met at the Cellar Bar in Easthampton for a drink, and Sam ordered quince as an appetizer. I grow quince in my yard, knew it was edible but had never consumed it. It was delicious. Score one for Sam.

Sam and I had enough in common that we agreed to prolong the date over dinner. We covered a lot of conversational ground, but in a relatively superficial way. He told me the last woman he dated thought he was needy; I was seeing that myself. So, I wasn’t interested in a second date with Sam because—as Craig says—there was no spark. Sam was plain vanilla, and I was looking for maple walnut.

I will think of Sam in the fall when I pick the quince I’ve never harvested from my backyard and slice them thin, with cheese.

I was matched with Mike on eHarmony and met him at Slainte in Easthampton after the briefest of online conversations. I was tired of making small talk with people via text or email and didn’t ask him my standard set of questions. (Do you have a job? Is Trump making America great again?) Big, fat, hairy mistake.

Mike was the reason someone coined the expression, “He’s a piece of work.”

Mike let things like this come out of his mouth:

“You’re amazing,” he told me as I threw my purse over my shoulder. I laughed and said, “Mike. So are you. Truly amazing.”

When I got into my car in the Slainte parking lot, I used my phone to go on eHarmony and block Mike so he could never, ever contact me again.

Bumble follows you as you travel through space, so if you are visiting the Boston area, you’ll see guys who live in Boston. While in Belmont, New Hampshire, staying with family, I connected with Gary and met up with him at Patrick’s Pub and Eatery in Gilford, which my brothers own.

Gary was short, stocky, graying, and handsome in a GQ kind of way. I learned he had been a stay-at-home dad, his wife wanted the divorce, and thus, he benefited greatly from it, financially. He was independently wealthy with a posh home on a lake.

Yet Gary knew he was good-looking and thought too much of his money. He was also an annoyingly picky eater. The only thing he liked on my brothers’ menu was nachos, and he complained even about them.

Gary was a thumbs-down for a second date for sure, but I’ll tell you, when, at the end of the date, he told me he was going to the bathroom, and I could leave without him, I realized he didn’t like me either.

Well, that was just total bullshit.