You are here: Home / All / Spunky Millennial Leads City Tour 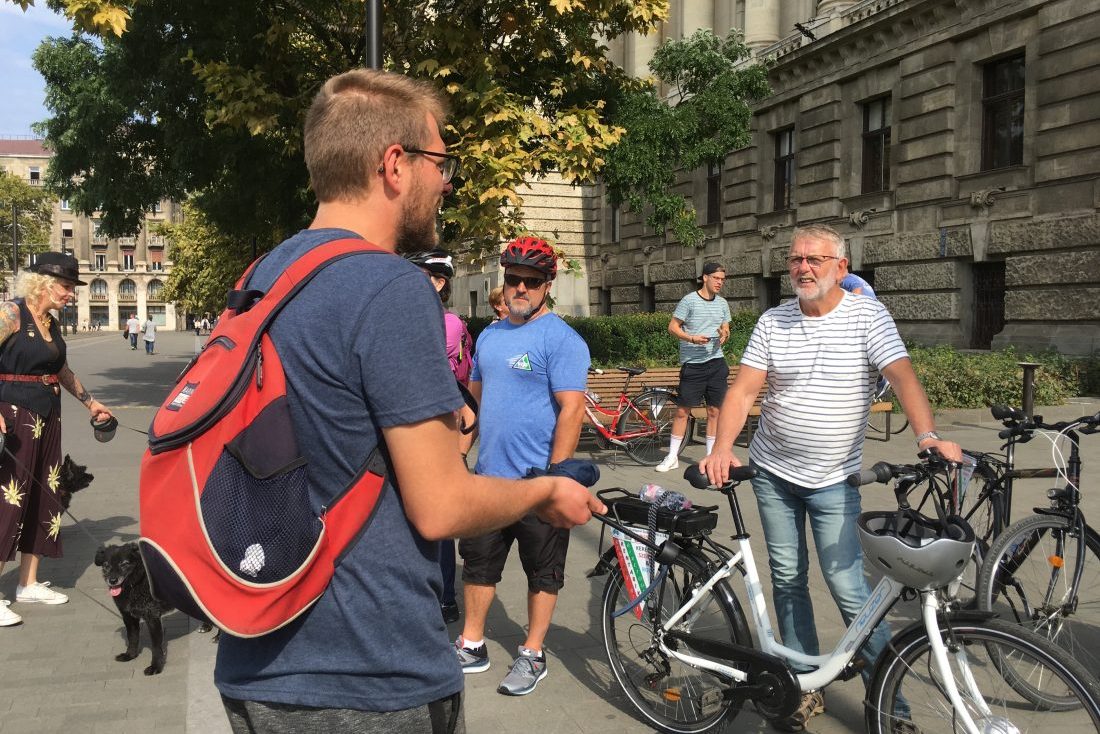 After a few days spent in Vienna, we traveled to Budapest, Hungary, for several days of R & R after our Austrian bike trip. Because we still hadn’t had enough of bicycle travel, though, we signed up for a bike tour of Budapest.

Our tour guide was named ET. Not like the extraterrestrial; it’s an acronym because his real name is too much of a mouthful.

ET was in his 20s and was whip-smart and full of energy and passion for his country. He grew up in the city, in a historic stone building right next door to the glorious St. Stephen’s Basilica; he pointed out his apartment building as we admired the basilica at the end of the excursion.

In three hours, ET taught us many things, such as that Budapest is actually two separate cities on either side of the Danube—Buda and Pest. And the city’s name is pronounced “Budapesh.” As we bicycled through both, stopping to admire churches, village squares, a quaint island park, and the Parliament building, ET spun an ongoing narrative of the city’s troubled history.

There were many wars, many battles, many different countries who have occupied Budapest and governed it. The three or four bridges that connect Buda to Pest have been blown up or otherwise destroyed, and rebuilt, many times, he told us.

The tour was fascinating, and ET made the learning fun. He carried an umbrella with him and had the habit of pulling it apart into two pieces so he could use the handle as a pointer of sorts. As he offered key information, he’d stab the umbrella pointer in the air at us for emphasis. Sometimes, he got so worked up with emotion for the country he adores that spittle would fly from his mouth.

I’m not great at memorizing history, but there are some factoids about Budapest I will never forget because ET and his metal poker seared them in my mind.

This is the last blog in the Austrian bike ride series, BTW. Thanks for following along!