You are here: Home / Poem Pods / Pod Six: A Clown Poem, and an Introduction to Shel Silverstein 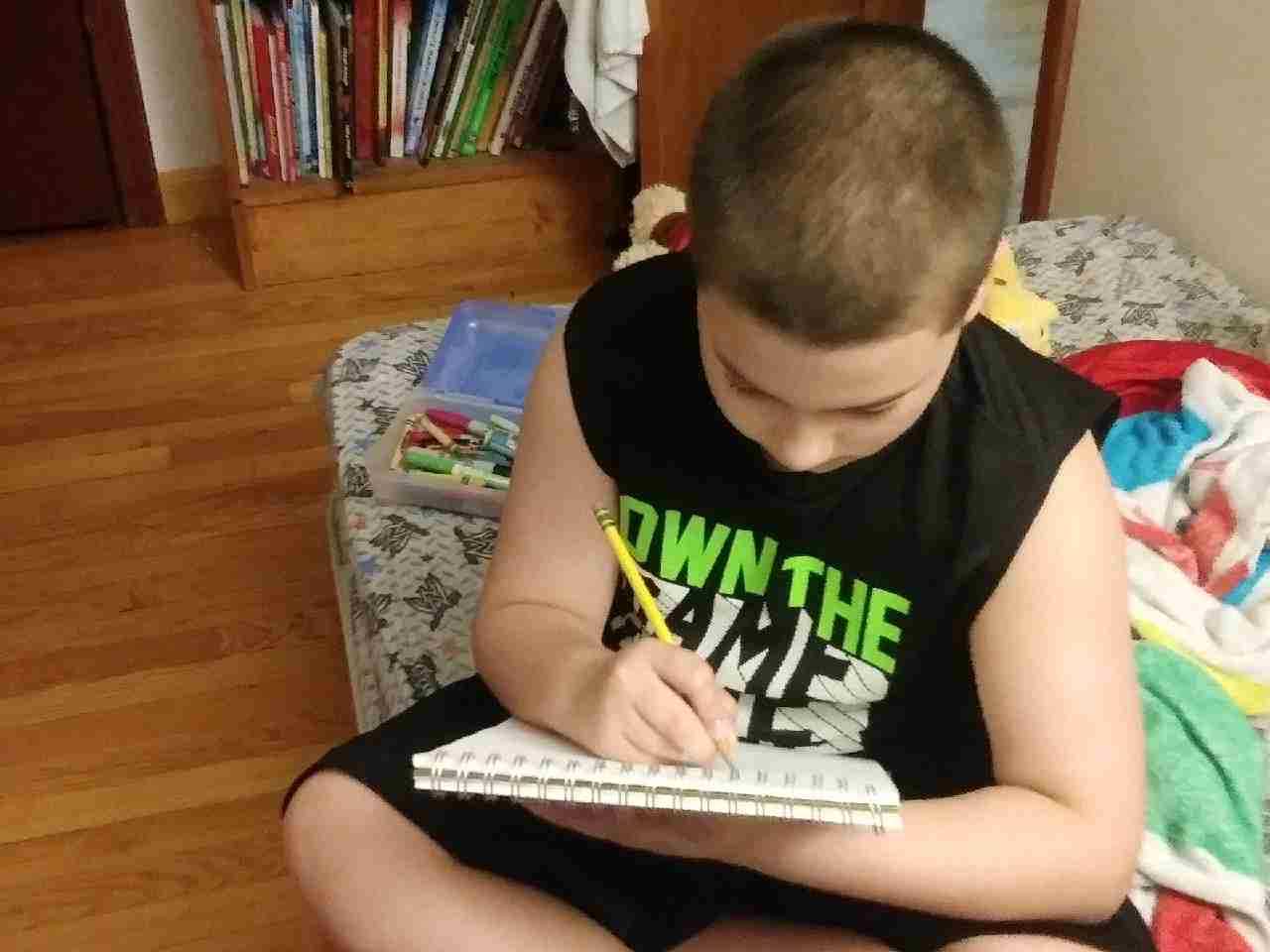 Note: In Pod Six, Grammy talks about writing for her high school newspaper, Eli talks about learning how to interview people, and Grammy reads two silly poems. The day’s activity is to read a book by Shel Silverstein, who wrote wonderful poems. Please share this post! Click here to start from the beginning of the Poem Pod series.

Grammy: Hi everyone, Eli and I are here, bringing you Poem Pods—fun poems for fun people. And yes, indeed, we are still smiling under our masks. How are you today?

Eli: We hope are doing something more fun than social distancing!

Grammy: Today I’ll talk with you about writing I did in high school. I was an official reporter for the school newspaper, which I think was called The Rebel. I lived in Walpole, Massachusetts, during the school year and attended Walpole High School. My journalism teacher’s name was Mr. Schnorbus. Isn’t that a funny name? He was a very nice man who made his students feel safe and confident. I remember interviewing people for the first time and being very nervous. Eli, you are only 11, and you have already done several interviews! What do you think of that?

Eli: I think it’s cool because I get to hear peoples’ perspectives on things.

Grammy: I think that’s cool too. I think that it’s fun to ask people questions, and you get to learn about people, right? You learn things.

Eli: You get to ask people questions and hear their perspective on it. And then you get to write down what they said and then it goes into something like a newspaper…

Grammy: Or a blog.

Eli: Or a talk show.

Grammy: I can see all that. I do more journalistic kind of writing in my Beetle Press work, but I do creative writing with Janice Beetle Books.  I do feel a little more inspired when an idea comes from my heart, like this idea for the Poem Pods, instead of as an assignment from, in your case, a teacher, and in my case, a client. So, … today’s poems. I have no idea what inspired them. I think I was just sitting around, dreaming things up.

The first poem is called:

Once there was a silly clown
who took to sleeping upside down.
One day when he got out of bed,
Two legs had grown down
from his head.

Grammy: That must make it really hard to walk.

The next poem is a limerick, which is the name of a particular kind of poem with five lines and a certain rhyming pattern. It’s cleverly called:

There once was a doll made of rags.
Her legs waved just like flags.
She ran rather slow,
Especially on snow.
And she was never a winner at tag.

Grammy: Today I wanted to talk with you about other authors who use rhymes to tell a story. Like Shel Silverstein. Eli, do you know Shel?

Eli: Well, no I don’t know him like know-know him as a person.

Eli: But I know his stories. I’ve read “The Giving Tree,” “Where the Sidewalk Ends,” “A Light in the Attic,” and one of my favorite ones, “Falling Up.”

Grammy: What did you like about “Falling Up,” better than the other ones?

Eli: I like how all of his poems are really funny and really silly.

Grammy: It’s really sad. It always makes me cry when I read it. So Eli, what’s our activity for today?

Eli: Our activity for today is that you get your hands on a Shel Silverstein book. Or listen to one on Audible. Read his poems, and enjoy his fun drawings.

Grammy: And if you have to, you can have your grown-up share it for you, if you don’t have an account either.

Eli and Grammy: That’s the end of the sixth Poem Pod. Remember… We are smiling under our masks, and we hope you are too!