You are here: Home / Poem Pods / Pod Seven: Thinking and Writing about the Things We Don’t Want to Do! 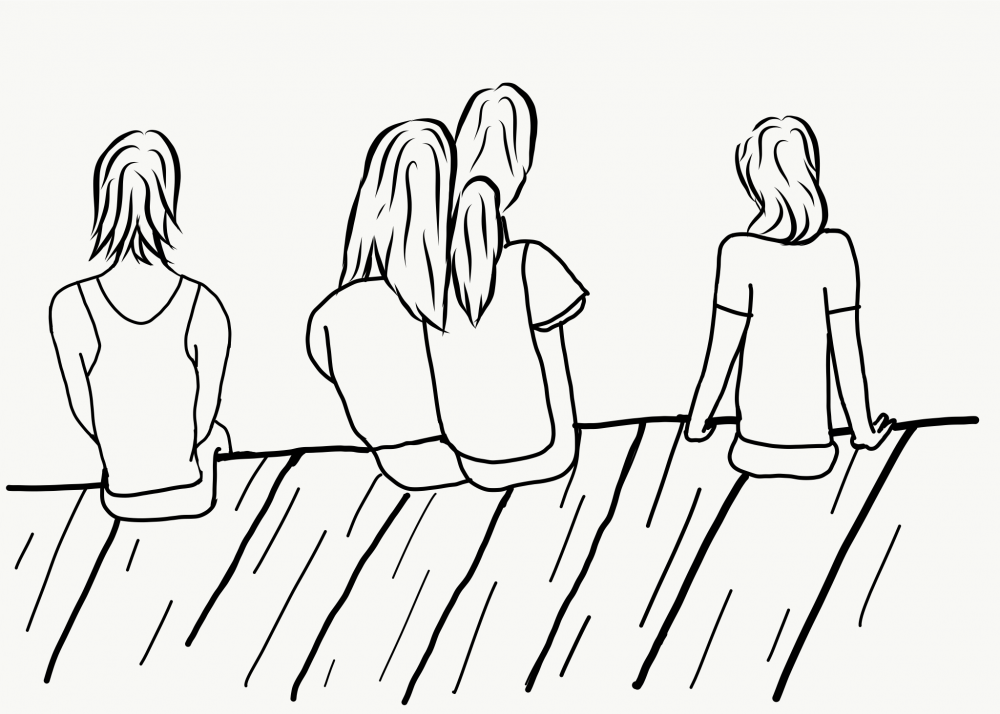 Note: In Pod Seven, Grammy talks about writing for her college newspaper, and she and Eli talk about when you have a total lack of inspiration and don’t want to do anything! The activity is to think about the things you don’t like to do, and brainstorm rhymes about them! Use RhymeZone.com if it helps! Click here to start at the beginning of the Poem Pod series.

Grammy: Hi everyone, Eli and I are here. We’re actually outside in the rain on my gazebo, under cover, because we’re social distancing and don’t want to go inside! We are bringing you Poem Pods—fun poems for fun people. We are continually smiling under our masks. Eli, my cheeks hurt from all this smiling. How about yours?

Grammy: How are you today, little buddy?

Grammy: And how are you all out there? I wonder if your cheeks hurt from smiling. Please let us know.

Grammy: Today I’m going to continue telling you the story of my writing life. I’ll pick up in college. I went to Westfield State College, and for the first three years, I didn’t know what I wanted to major in. I thought maybe education and took some courses on teaching. But that wasn’t right for me. I thought maybe I should major in computer science, and I took some courses in computer science, but that wasn’t right either.

When I was a junior, my advisor said I had to pick a major. I thought long and hard and finally asked myself, “What do I like to do?” The answer was “Read and write.” I didn’t know then to say that reading and writing inspired me. I just knew I liked it.

So, I decided to major in English, and journalism—which is newspaper writing. When I was a senior, I was editor of the school newspaper, called The Owl. I wrote stories about programs at the college, and feature stories about students. I was too busy to keep a diary then or to write anything creative! I was reading textbooks and studying!

Eli, do you ever think about going to college?

Grammy: That’s good. I’m glad to hear that. Any idea what you might study? What you might be inspired to major in?

Eli: I’m definitely going to major in mechanics, like cars and stuff.

Grammy: That’s excellent. Huh! Mechanics. Well, this next poem is about an absolute lack of inspiration. You might be able to relate!

Hello? Hello?
Help me get out of bed.
I’ve a frog in my throat
And fog fills my head.

I need a lift off these sheets.
I just don’t want to move.
So, give me a jump start.
Help me get in the groove.

Hello? Hello?
Now that I’ve gotten up,
Please pick out my outfit.
While I pat the pup.

Goodbye! Goodbye!
Time to hop on the bus.
Here I go. Out the door.
I won’t make a fuss!

The next poem is just about four kids, sitting along the water’s edge on a dock. It was inspired by a photo of my daughters sitting on my parent’s dock with their cousins. It’s called String of Pearls.

Two boys, two girls,
Lined up on the dock.
That one there—she’s
The cream of the crop.

Look at her,
With her head on her pal.
That’s my Sally.
She’s some great gal.

Grammy: This illustration with today’s blog, by the way, it goes with this poem, and Eli’s brother Darrian created it! Eli, which of those two poems can you most relate to?

Eli: Definitely the first one.

Grammy: Yeah, me too. Do you have trouble getting out of bed?

Grammy: Maybe that’s good inspiration for a poem—things that are hard.

Eli: Yeah, that’s a good idea, kids. Make a list of the things that are hard for you—maybe tying your shoes, taking a bath, doing your homework, walking the dog. The things you just don’t want to do! Tell that as a story or start making some rhymes.

There’s a website that can help you imagine more rhyming words. It’s called RhymeZone.com. You type in the word that you want to rhyme with, and it gives you all kinds of options. It’s pretty cool.

Grammy: Hey great ideas, Eli. When you have those rhymes that you’re creating—shoes/blues; bath/math… you can turn them into sentences, like “I took a bath, where I did my math.”

Grammy: Exactly. Tell a story in rhymes! Remember, you don’t even have to make rhymes, but sometimes it’s fun, isn’t it—to tell a story with words that sound alike? It’s like a game.

Eli: Yeah! But don’t forget to post some of your rhymes on my Grammy’s blog in the comments, or on her Facebook page.

Grammy: Also, please share any and all of these Poem Pods with kids and parents you know far and wide. I want lots of people to get to hear these stories about inspiration, writing, and poems!

Eli and Grammy: That’s the end of the seventh Poem Pod. Remember, we are smiling under our masks, and we hope you are too!