You are here: Home / Poem Pods / Pod Fourteen: Why Family is So Important—All the Time, and Especially Now 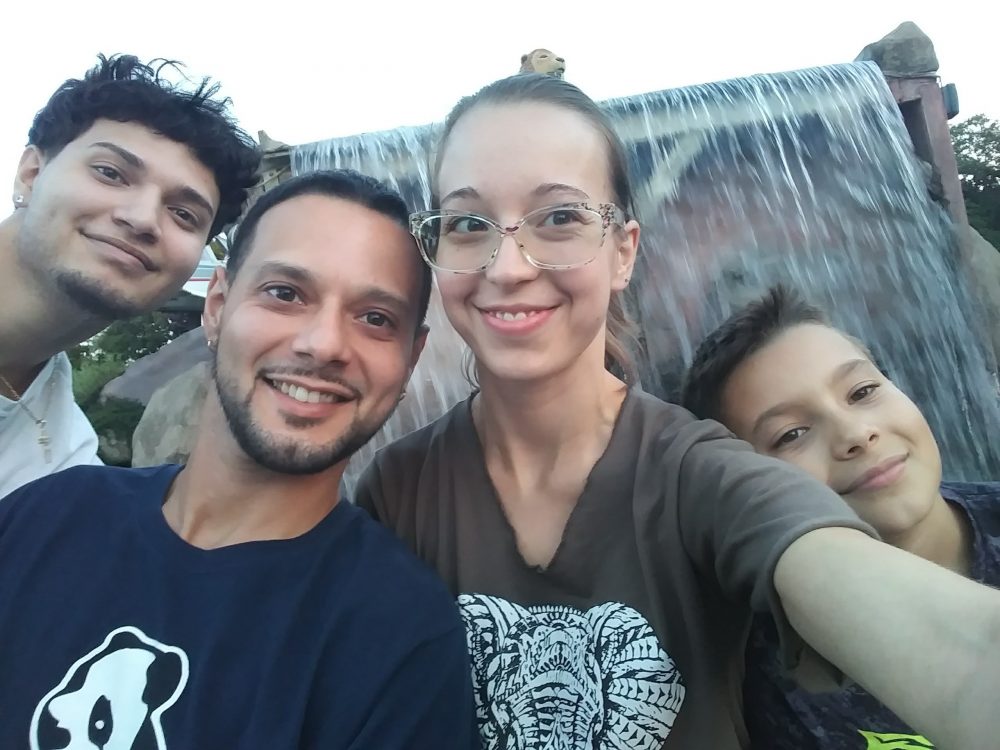 Note: In Pod Fourteen, Grammy talks about her friend Judy Kelliher’s book, which is about Judy’s brother Bobby and is available here. The daily poem is also about family. Grammy interviews Eli and his mom and dad about why family is important—all the time, and especially now. The activity is for children to interview someone in their family about a funny family story! Click here to start at the beginning of the Poem Pod series.

Grammy: Hello, everybody, Eli and I are here, bringing you Poem Pods!

Grammy: Who are sweating under their masks.

Grammy: Yup, that is right.

Grammy: After I wrote my own book and began helping people to publish their books, I loved that work so much that I wanted to do more. So, I did do more. Because I tend to follow my heart when I’m inspired. Eli, what does it mean to be inspired about something?

Eli: It means when you get excited about something, and then it makes you want to do something.

Grammy: And it gives you this energy, right? And you feel… like inspired! Excellent! You’ve been listening! Right now, I am writing a memoir for a woman who has children and grandchildren, and she wants to make sure her story becomes family history. And I am also helping my good friend Judy publish a book about her brother, Bobby. We’ll hear more about Judy in the days ahead. Both my client and Judy wanted to publish their books because family history is important. Do you agree, Eli? And you’d better say yes.

Grammy: Good answer. Well, it makes sense that today I have one simple poem. Eli, what do you think it’s about? What’s the theme?

Grammy: Yes! Good guess. What do you think it’s called?

Grammy: Yes, and here it is!

Family’s a word
At the top of the list.
Your family’s a gift.
You get the gist?

Take care of what’s yours.
Lay defenses down.
Give lots of love.
Try not to frown.

Just ask for just what it is you need.
You are likely to get it, indeed.

Grammy: What does that mean to you, Eli? That poem?

Eli: It means that your family is always going to be there for you, and if you ask for something you need, you might get it?

Grammy: Do you mean like a bike or a car? Or do you mean love and attention?

Grammy: Okay. I don’t know about the new car thing, so don’t hold out for that. So, Eli, you’re right, family is important. Family keeps you strong, and family can also be an inspiration. And today, we happen to have your whole family here to talk about family. How cool is that? (Brother Darrian isn’t with us, though.)

Eli: Pretty cool. They’re here live for a visit, and we’re social distancing on my Grammy’s back deck.

Grammy: Yup, here we are, and they arrived with masks on too. So, we have Eli’s mom and dad—Sally and Tommy. Hi guys.

Grammy: Thanks for coming on Poem Pods.

Sally and Tommy: Thanks for having us!

Grammy: I’m going to be the interviewer today. Usually it’s Eli, but we’re going to turn things around because you can’t ask yourself questions! So, Eli, why is family important?

Eli: It’s important because it means that there’s always going to be somebody there for you, if you mess up or something, they can always help you un-mess up.

Grammy: Un-mess up. They can clean things up for you, right? What about you, Sally and Tommy, what would you say?

Tommy: To me, family’s important because you always have a good support system, and you always have people who have your best interests in mind. It’s a big world out there, and a lot of people have other interests. But your family always wants to make sure that you do well, and that’s important.

Grammy: Like your advocate, right? You have built-in advocates in your family?

Grammy: Why is family especially important now, as we’re all staying home and wearing masks?

Sally: We can’t be around our friends, so it’s good to have somebody built-in in your house that you can hang out with, and you have similar interests.

Eli: And sometimes you drive each other crazy.

Sally: Yeah, we do drive each other crazy.

Grammy: So, it’s like your support system but also your entertainment center.

Sally: There are a lot of dad jokes in our house.

Grammy: Can I hear a sample of a dad joke? Are they about your dad, Eli?

Eli: No, that’s not what I meant. They are like a corny joke that dad would tell.

Tommy: So, here’s one, for instance. Why did the scarecrow get the promotion? Remember that one?

Eli: Because he was the best in his field.

Sally: Because he was outstanding in his field.

Sally: My favorite one is where does a general keep his armies?

Sally: In his sleevies.

Eli: And I have a really good one. Where does a snowman keep all his money?

Grammy: In his wallet?

Eli: In a snowbank!

Sally: So, we used to have a little mini-golf set that we could set up in our house. Eli was probably about three or four, and he had it set up one day, and he hit the ball, probably about four or five or six times, and he put up his arms and yelled, “Hole in one.” He was very proud of himself.

Grammy: Which was really like “Hole in four or five!”

Tommy: So, I got one. We were at the farm picking apples, and it was the first time Eli had ever seen chickens. They were in the cage and walking around, and he said, “What’s that,” and I said, “It’s a chicken.” He’s like, “Wait a minute. Like a chicken nugget?”

Grammy: That’s funny. That’s a funny looking chicken nugget. Eli, if you don’t have those stories written down—or wait, do you have them on video?

Eli: Yeah, we have the hole-in-one one on video. But I don’t think we have the chicken one.

Grammy: It might be funny to write that down or use your phone to interview mom and dad and keep that story. It could be fun to watch it sometimes. Okay, so that brings us to today’s activity, which is going to be: Kids, make your own Poem Pod. Interview somebody in your family—a big person, mom, dad, older brother or sister—and ask them to tell you a funny story about you when you were young, and then you’ll always have it. You could also write it down, or you could make a drawing of that, and we’d love it if you shared that with us. Right, Eli?

Grammy: Right? On Facebook or on my blog. Guess what everyone, that is the end of the fourteenth Poem Pod. Reach out to your family, have a conversation, and tell stories. Let’s keep smiling together!