You are here: Home / Adventures / Paradise Away from Home 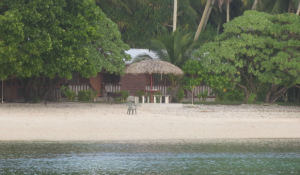 Note: This is the sixth of fifteen parts. Click here to read from the beginning.

Eneko Island was Molly’s and my home away from home a few times.

It’s a tiny place, about a half mile long and a tenth of a mile wide, and is one of the islands that makes up the Majuro atoll, off the coast of Majuro proper to the west. We got here in a boat—a large Boston Whaler with twin, 70-horse Yamaha engines, operated by a Mashallese man named Steve.

My first trip here with Molly was a simple overnighter on my second day in the South Pacific. We were the only ones in the boat with Steve that day, and it took about 20 minutes to get here. I’d seen pictures, so I knew to expect absolute beauty and quiet. And that’s what we got. Think Gilligan’s Island.

We lounged on the large float all day, kayaked, snorkeled, read, and the second day, before returning back to Majuro for Christmas Eve, we did more of the same. It was incredibly peaceful, and on that second day, we were the only ones here except for the caretakers, the island’s only inhabitants.

After my long trip and travels, it was the perfect balm, and I was officially in love with the island.

Eneko has two cottages—one that sleeps two people and another, older and larger, that sleeps six. The newer, stand-alone fancy home has a kitchen sink and countertop too, but there is also a bungalow with a shared kitchen that includes a two-burner cook stove, an industrial-size metal sink, counters, a coffee pot, storage space and two tables and chairs.

What Eneko lacks is refrigeration, and there is no store here—no way to restock supplies. So, when Molly and I returned for a five-day stay a few days after Christmas, we had to work hard to lug it all here via taxi (and the boat), and we had to think ahead to get enough food and water here for the duration.

The food and water piece was actually easy. The problem we faced was keeping the cooler cold because, of course, in 85 degree temps, ice melts.

We had two bags of ice initially, but they were melted by our second day. We considered paying Steve to bring us ice, but because the ATM near the dock was out of money, so were we. I had $10 and wanted to save it as meager tips for the two caretakers. Luckily, Molly’s friend Evan arrived for the day on the boat with Steve—and a dozen other helicopter pilots like himself—and he brought us two bags of ice.

The third day, I broke down and used that last $10 to pay Steve to bring us two more bags of ice. (I figured then I would leave food for the caretakers, which I now know, from Molly, they prefer over money; where do you spend money when you live on an island without a store, after all?)

Now it is day four, and we have ice water in the cooler and one day left. We will follow our plan, which was to simply run out of ice and cold food and then rely on our dry goods, like peanut butter and ramen.

Those are the few challenges of Eneko. The rest is relaxation.

There is electricity here, but no other creature comforts—certainly not wifi and no AC, which is fine with me. It is mostly quiet with only a few people in the few cottages. (Note I say “mostly.” More on that later). We spend our time reading, writing blogs, snorkeling, kayaking, napping in the sun. Some mornings, I also walk across the island and do yoga facing east as the sun rises, in absolute solitude. It’s pretty amazing.

Because Eneko is surrounded with coral beds—mostly dead—it is difficult to walk around the entire island. Difficult, and slow, but we have done it twice, and we’ve searched for shells both times. There are many, and they are ones we’ve never seen before.

I spend a lot of time thinking about what I would do if I owned the island. I’d move into the nicest cottage and keep the others for Molly, Sally and Eli, and friends and relatives. I’d spend my winters here in solitude. 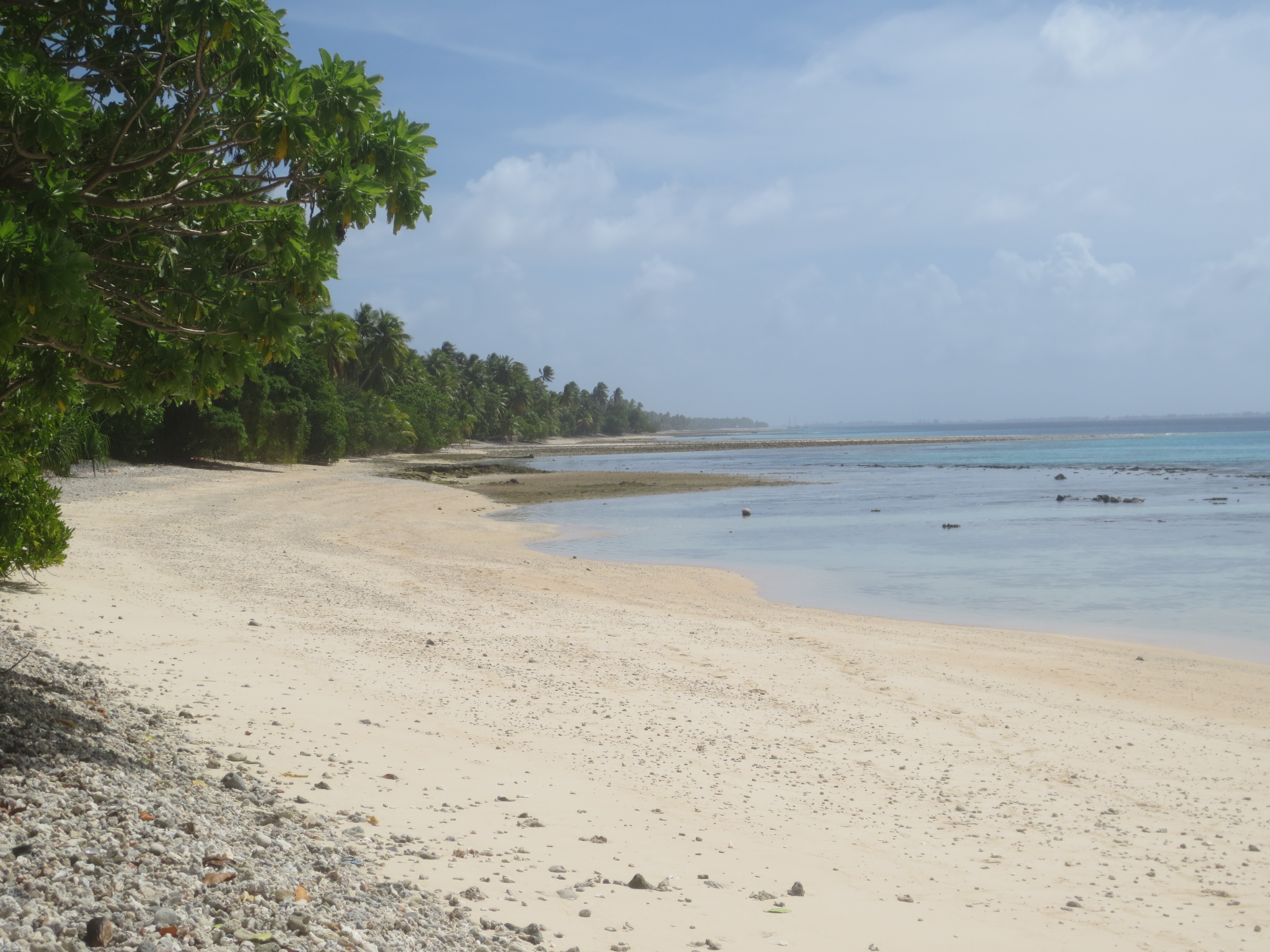