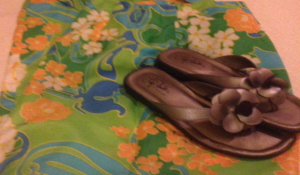 Note: This is the first of fourteen parts.

Adventure, and not the holidays, are high on my mind these days, as I will be taking off on a United flight one week from today to meet my daughter Molly in Hawaii.

Molly is a second grade teacher on a tiny island in the South Pacific called Majuro; you may remember I visited her there last winter and penned a series of blogs while away. We repeatedly visited a miniscule island 20 minutes away by boat, called Eneko; we received an actual message in a bottle from a helicopter pilot; went on a helicopter ride; and met the former president of Majuro at an island barbeque.

This year, Molly and I are meeting half way between Majuro and Easthampton, Massachusetts, and we’ll stay for three weeks in a friend’s house on Kona. I plan to write more blogs about our goings-on and hope we have even a fraction of the kinds of exploits and learnings that we had last year.

So, instead of decking my halls and dreaming about a white Christmas, I’ve been packing my sun block, flip flops and my grandmother’s Hawaiian skirt, which I plan to wear on Christmas day and maybe on New Year’s Eve as well. It’s teal, authentic, and it’s very cool that it fits and is in great shape even though it was last worn by my grandmother probably 50 years ago.

As I did last year, I will combine work and play on our trip. I’ll have my laptop, and I’ll be writing a manuscript for a client and managing other client projects as well. This year, I will have reliable WiFi and use of my telephone; last year, on Majuro, the capital island of the Marshall Islands, I was in a techno black-out zone, and that was cool in its own way as well—once I got over the shock and anxiety of unplugging.

I’m a bit sad about not experiencing a New England Christmas for the second year in a row, though. But I have finished making an assortment of handmade gifts, and I’ve celebrated the holidays with friends, my family, my boyfriend (Yes, Poor Guy, aka Alfred One), and co-workers.

Well, I’m not actually that sad. How sad could I be, thinking about warmth, hikes on volcanoes, snorkeling and visiting with Miss Molly?

Speaking of adventure, and following up on the last blog about speed, Eli has been having some excitement at Pioneer Valley Indoor Karting in Hatfield, Massachusetts. I’ve taken him there three or four times to go kart (as PVIK spells it) with his pal Miggz. The two vie over speed, and Eli, still not one to nail the throttle, is frustrated that he’s not the one waving the checkered flag in the last lap.

We went for our fourth adventure there yesterday, on Eli’s eighth birthday with Miggz and a third friend named Devyn. Eli definitely kicked it up a notch and was leaning on the throttle a bit more heavily, and he stopped his habit of driving while looking behind him to see where Miggz is.

So, Eli was definitely a closer racing competitor for Miggz, but in the end, even though it was Eli’s birthday, it was Miggz waving the checkered flag at the end of the three rounds. Eli held tough, though. There were presents to open and cake to eat, after all!

Here’s to excitement and adventure in your life, and to a 2017 that is safe, happy and healthy for all!