You are here: Home / All / Mistakes Were Made 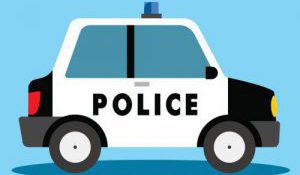 Note: This is the seventh of eleven parts. Click here to read from the beginning.

I had a second date with Jacques that was even more enticing than the first.

We went to Mill 180 Park in Easthampton, Massachusetts, where you can experience a slice of summer and warmth in the middle of winter. The floor is carpeted with Astro Turf, and large hydroponic plants grow in the light from the mill building’s massive windows, through which there are great views of Mount Tom.

We ordered a couple of beers and a sandwich that we shared while playing cribbage—a favorite game of mine. Jacques beat me twice. He did not gloat.

“What are the odds we’d get along so well?” he asked me more than once.

When we got in line to order a second beer, Jacques was behind me. He put a hand on my waist, kissed the back of my neck. I thought I might swoon on the floor in front of him, that he might have to heave me over a shoulder to carry me back to the car. Instead, I giggled.

He drove me home. He gave me another fabulous kiss goodnight.

In the next few days, Jacques and Troy texted me to wish me a Happy Valentine’s Day, and I had my first date at my brother’s restaurant with Gary. In the midst of it all, I was aware I had become smitten with Jacques.

That’s why, well, mistakes were made.

My mistakes, that is. (Don’t anyone miss the lesson I’m putting down here: Texting is not always your friend. Folks on the other end cannot see your facial expressions, and they miss your best jokes.)

A few nights after our successful second date, Jacques was at work, and we texted on and off for a few hours. More than once, he expressed that he found me alluring.

“Could we have found mind-body-spirit in one another?” he asked. That he could even frame that thought was sexy to me.

“Time will tell,” I said. I was playing it cool, a route I knew little about. But that didn’t last long. I felt I should match Jacques’ honesty, that it wasn’t fair to hold out.

As soon as I’d let the words whoosh into Jacques’ orbit, I got anxious. I’d said too much. I was supposed to be all “whatever.” I was not supposed to fall in love, and most of all, I wasn’t supposed to admit to it.

Jacques did not respond immediately, which, if you know me, can set me off even if what we are talking about is benign, like lunch.

So, I got more anxious, started texting stupid follow-up messages, like, “Hello? Do you read me?” (Do not do this at home. Hide your phone in the trunk of your car. Dig a hole in your backyard and bury it. Whatever you do, don’t check your messages obsessively while online dating, and don’t, god, whatever you do, don’t try to be funny when you feel vulnerable.)

I didn’t have my own good advice to heed at the time, or good judgement. About an hour after my emotive text, I said, “Jacques, aren’t you out of work now?”

He had been in the routine of calling me on his way home, so I was expecting he might call, especially since he hadn’t texted. Then I had a thought that would be my undoing. I was laughing out loud as I typed, “Where are you? I’m going to call the police.”

And I really cracked up when, in a new text field, I inserted the police car emoji and sent that too.

“Having fun over there?” Craig asked me.

“Ya,” I said. And in that moment, I truly was. I was actually grateful there was a police car emoji. Who knew? It was the perfect punctuation mark to my snappy comment. I had no idea I had just made a big mess of things, but by the next afternoon, when Jacques had still not been in contact, I sure did.

A painful 12 hours later, as I was sitting down in Osaka, a Japanese restaurant in Northampton, with my older daughter Sally and her family on Sally’s 29th birthday, Jacques finally responded.

He said, “Janice, you are a truly amazing woman, but I think that what you are looking for is marriage, and I am really not. I think it would be best if we don’t see each other anymore.”

It was like a freaking chopstick to the heart.