You are here: Home / All / Meet the Friends in ‘Saturday Night Widows’ Book and Celebrate Women and Life 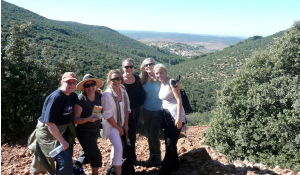 Note: This is the second of three parts. Click here to read from the beginning.

I’ve been reading author Becky Aikman’s book, “Saturday Night Widows: The Adventures of Six Friends Remaking Their Lives.” Every night, I can’t wait until it’s time to get back to the story of how these women reinvented themselves after their husbands passed away.

I’m a widow, and so the story speaks to me on that level, but I am also a mother, and I’m career oriented, and I have passions and goals, just like Becky and the five friends in the support group she created.

I keep wishing I could meet them. Talk to them. Tell them I totally get where they are coming from. And then I realize, I can meet them, and I will meet them, and you can too.

The six will celebrate women, friendship and life on April 25 at a Girls Just Wanna Have Fun event at the Delaney House, sponsored by The Republican of Springfield and The Creative. (For tickets, visit girlsjust.eventbrite.com or call 413-735-1645.)

But before you meet them in person, you can meet them here.

A journalist with a compelling literary voice and a determination to help other women like her, Becky started the support group five and half years after losing her husband to cancer. She was remarried, and wanted to facilitate a group for women because she had had such a bad experience with a formal bereavement group. She was actually asked not to return after only one meeting. Becky’s idea for the group was that they would meet one Saturday per month for a year – having adventures, visiting places they’d never been before, talking – and then she would write a book about their experiences.

When the group convened only five months after the sudden death of her husband, Denise was only 39 years old, and while she was sorrowful as the rest, she couldn’t afford to succumb to the cliché of a helpless widow.  She needed to work overtime to pay her mortgage, and she had to prove herself in a new job as a book editor.  Over time, her natural serenity returned.  She found a roommate to help make the financial picture more realistic. She began to date a bit and enjoyed resounding success at work.

Dawn’s husband’s death left her to raise two young children by herself. When the group started a year and a half later, Dawn was determined not to be limited by stereotypes of grieving. Men flocked to the glamorous 45-year-old who had started her own business, but Dawn wanted more in her future than a career and an active social life. She wanted to re-create a family for her kids.  She was first drawn to a widower whose children touched her heart, then took a chance on someone who had never been a parent before.  They recently got engaged to be married.

When her husband succumbed to cancer, Marcia, 57, threw herself more than ever into her work as a high-powered lawyer.  But outside the office, she felt isolated.  When the Saturday Night Widows group first met a year and a half after her husband died, she had sold the country house where the couple had hosted weekend parties, concerned that she would lose her close bond with her husband’s family. She was holed up in a small apartment, and the group urged her to enjoy life again.  She bought a new apartment with a knockout view, where she began to throw her legendary parties again.

This 48-year-old homemaker masked the trauma from her husband’s suicide with humor and high spirits. At the first meeting of the group more than two years after his death, she announced that she was considering moving to a smaller house and inviting a new boyfriend to live with her there. She knew she was risking heartbreak again, but told the group that surviving the worst had made her fearless.  She took the leap, and through the year, shared with the others the complications of blending two families, which proved more challenging than she had anticipated.  By the last meeting, she had found a new form of courage — to let the relationship go and seek happiness on her own.

Tara appeared the most distressed at the first meeting.  At 54, not yet a year after her husband died of alcoholism, she knew she had to remake her entire life.  Once she had excelled in advertising and philanthropy; now she needed a job. Once her family had enjoyed a lovely home; now with her husband gone and her children grown, she rattled around there alone.  She felt disconnected from her married friends.  But soon, the friendship of the group reminded her of the resourceful, confident woman she once had been. Over the course of the year, she found new work, a new home and a charming new man to share her new life.