You are here: Home / All / Local Author Series: Lesléa Newman 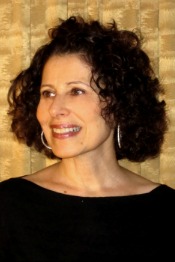 Note: This is the sixth of seven parts in a series of blogs on authors living in the Pioneer Valley. Click here to read from the beginning.

Lesléa Newman says her hero, Barbra Streisand, never learned to type because Streisand never wanted to have a fallback plan; if she had no Plan B, she’d have to succeed as a musician. As a 59-year-old, full-time writer, Lesléa has no fallback plan either. If something isn’t working, she fixes it.

A normal day for Lesléa starts at about 5:30 in the morning, when her cat wakes her up. She begins writing as a top priority, and if she is inspired, she can continue for the entire day. Depending on her schedule, deadlines or traveling commitments, this is not always possible.

Lesléa’s first love is poetry, but luckily she doesn’t have to choose just one genre and has written fiction, personal essays, the entire gamut of children’s literature and novels in verse. One novel in verse that is extremely powerful in message is titled October Mourning: A Song for Matthew Shepard.

Matthew was a young gay man in Wyoming who was lured into a truck and driven into the country, where he was savagely beaten, tied to a fence and left to die. He passed away on Oct. 12, 1998, five days after this traumatic event. Lesléa was the keynote speaker for a gay-awareness event during this same year, and her collection of poetry explores this subject deeply.

Exploring subjects that catch her interest is one of Lesléa’s favorite areas of focus in her work. This includes matters of the heart. Her new collection of poetry, I Carry My Mother , explores her mother’s illness and death and how Lesléa has carried on without her. This selection of poems, she says, is very accessible to readers, and this is very important to her. She believes that there is no point to poetry if the reader cannot understand and connect with it.

Old composition books mark Lesléa’s first memories of writing, as a small child scribbling poetry in her spare time. Her first big break came when she was published in Seventeen Magazine in 1976 as a teen. It was her first paid job, and she has been publishing ever since. She has always been equally passionate about writing poetry and publishing her work, sending her work out for publishing early in her career. She has published 65 books.

In addition to writing, Lesléa also mentors students in a low-residency MFA program at Spalding University and privately. She is very proud to say that one of her private students, Kwame Alexander, recently was awarded the Newbury Award for a novel they worked on together, titled The Crossover.

When her career was just starting, Lesléa taught 10-week writing workshops called “Write from the Heart.” Due to her success with Heather Has Two Mommies and immense travelling, she needed to step back from the workshops and now teaches students individually as it is more sustainable for all parties involved. She says she learns a great deal from this; it feeds the writing machine, and she looks at it as a vocation and avocation at the same time.

Lesléa says that to conjure up the initial kernel of an idea is a challenge, but once she has it, she pesters it to death, working it into fruition. She says that these ideas come from all sorts of places: anywhere from waking up in the morning with a sentence in her head to being inspired by other writers’ work. She believes  that “Good writers borrow; great writers steal” (the quote is attributed both to T.S. Eliot and Oscar Wilde) and frequently “steals” forms made famous by other writers, infusing them with her own content to come up with something new.

Lesléa also travels frequently for her work, doing local readings as often as she can. Yesterday, she read from Heather Has Two Mommies at the Odyssey Bookshop in South Hadley, Massachusetts. She feels that this is a good thing to do with kids that have two moms on a weekend dedicated to dads. She will also be at the Greenfield Public Library in October for a reading of I Carry My Mother. If you’re interested in finding out more about Lesléa you can visit her personal website here and you can sign up to receive her newsletter here.