You are here: Home / All / Letting my Phone Take Charge 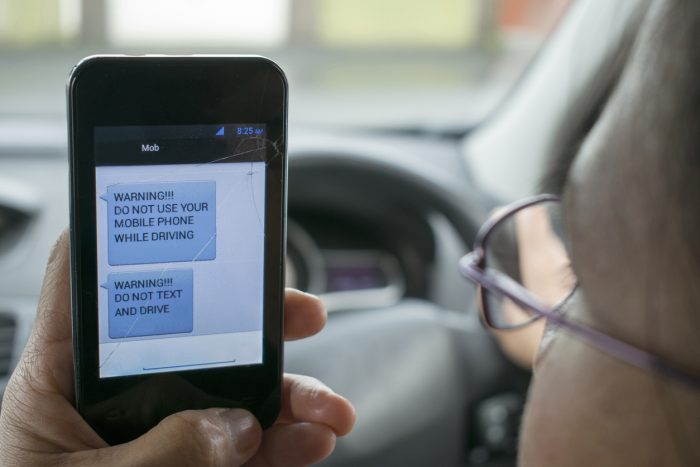 My phone has taken on a new role. I’ve appointed it my security advisor while I’m driving. It may literally save me—and others—from myself.

Years ago, when I first got my iPhone and realized I could check texts and read emails 24-7 on a device that would also allow me to make phone calls, I developed a mild addiction that worsened over time, as common sense eroded.It eroded slowly, though. Early on, I was aware of the dangers—and the stupidity—of typing on a one-inch screen while rolling around in a vehicle. One day, tempted to read email while running errands, I threw my phone in the back seat. I couldn’t get my hands on it that way.

Over time, I lost that healthy dose of fear about driving in a state of distraction. I took on that “Everyone does it” mentality, and superiority played a role. I thought that since I’m an expert multi-tasker, I would be safe.

Being able to connect to my clients and friends at all hours of the day was magnetizing. Also, I have a habit of using my phone to email myself reminders with snippets like this in the subject line: “Call the furnace guy.” “Make a reservation for week of August 6.” “Buy more cat food.”

You’ll be glad to know that the universe recently fired three warning shots my way. And when the universe speaks to me, I listen.

These insights came to me quietly in different ways, over about 10 days.

First, I was reading a book by Amy Poehler. As I always do, because I have no patience, I’d skipped to the end to see what the last chapter was about. My eyes happened to land on a paragraph in which Amy expresses her disapproval of people who text while driving. “So noted,” I remember thinking.

The second warning was an irony I acknowledged only to myself. It seemed that my older daughter had sent me a text while she was driving. “Don’t text and drive,” I scolded, typing my angst into my phone as my rational mind said, “And you are leading by example here?” (She did not text while driving, I will say, and I have never modeled that behavior; it was a closeted thing I did.)

I was reading the newspaper when I received the third and final warning, which was a news brief in the Daily Hampshire Gazette about clean-up of a car accident that closed a road near my house in Easthampton, Massachusetts. Turns out a driver who’d been texting plowed into a telephone pole on Main Street. Luckily, no one was hurt.

I was educated. I quit cold turkey.

I asked Jacques to help me set my phone to Do Not Disturb while I am driving. Now my phone is my protector. As soon as my phone connects to my Bluetooth, I do not receive texts or notifications of any kind.

When I try to text or check email it asks me “Are you driving?” And I have to decide if I’m going to lie.

The first time I saw that question I answered “No,” because I was stopped at a red light, and so, technically I wasn’t driving. My phone allowed me access to its home screen. I sent a quick message, probably to Jacques. And then I noticed that my messages and notifications were pinging through as I continued on my route. The phone didn’t know I had only temporarily stopped driving.

I didn’t trust myself. I missed my protective shield. I put my phone on the passenger seat and repeated this mantra, “Leave it. Leave it. Leave it” until I stopped feeling the urge to send a message.

The next time I forgot and tried to text myself a reminder as my mind sorted through the day’s chores I was again stopped in some fashion at a light or in a parking lot. My phone asked, “Are you driving?”

I couldn’t let it down by lying. Also, the warnings had restored my fear of all the horrible things that could happen in a nanosecond while dictating a grocery list to myself. I couldn’t let myself down, or the people around me, so I hit “Cancel.”

I never texted in a persistent way while driving, but I texted enough to put myself and others at risk. And the messages were always stupid—an emoji, “I’m almost there,” “Get milk too.”

If you find that you are having trouble breaking the habit of texting and driving, ask your phone to help you.

Someday, our phones may have other apps that save us from ourselves. (An app that tells you not to have the second or third brownie, or the fourth or fifth glass of wine, for instance? It could happen!)