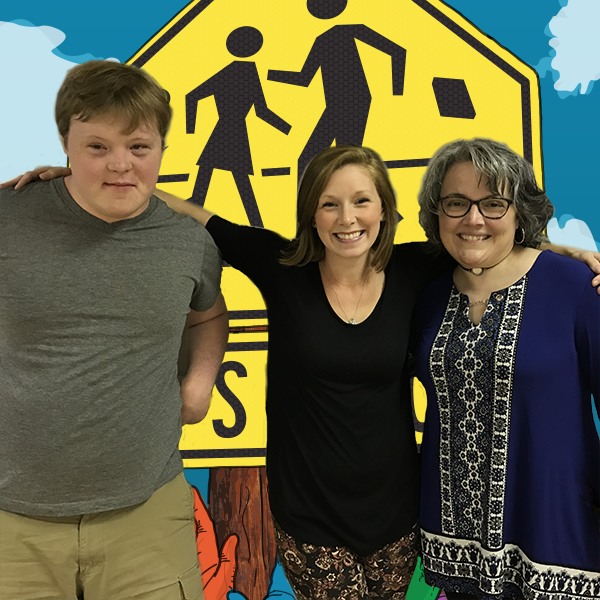 For about four years, I have been working with Pathlight—formerly known as The Association for Community Living—writing stories and press releases to raise awareness about the nonprofit’s transformative programs for people with intellectual disabilities.

Having lunch this summer with a friend and colleague Valle Dwight, Pathlight’s director of Development and Communications, my ears perked up when she told me that the organization would be holding a dance contest this fall as a fundraiser.

Valle also said judges were needed, and as a longtime dancer, an avid Pathlight supporter, and a judge-wannabe, I raised my hand high and said, “Pick me!”

Funny and earnest, Kelsey is the perfect person to get the audience fired up for the 10 dance pairs, with each duo consisting of a person served by Pathlight and a local celebrity, such as Holyoke Mayor Alex Morse and Springfield College President Mary-Beth Cooper.

There are three other judges serving with me: Alex Dixon, general manager at MGM Resorts International; Anne Geoffrion, a retired judge in Hampden Probate and Family Court; and Gail Perlman, also a retired Family and Probate judge. (A little intimidating to be seated with actual judges, but I hear we’ll all be wearing robes, so maybe I won’t stand out.)

Here’s the best part: You can be a part of it too. Go, watch, have fun, and help Pathlight raise money! Your $60 ticket guarantees an evening of entertainment and some yummy hors d’oeuvres. Buy a ticket here if you like dancing and helping local nonprofits!

I’ve been a dancer since I was 6. I learned ballet, tap, and jazz and performed my way through high school and college, appearing in talent shows, musicals, and recitals in tu-tus, leotards, unitards, and all manner of silly frou-frou.

I had one dance instructor from first grade through senior year in high school, and you did not mess with her. Her name was Sandra Philpott, and she had high standards. You worked to meet them, or you Shuffle Off to Buffalo!

I miss my dancing days. Now, I dance at concerts with my friends, or in my living room with the music on full volume. I’m looking forward to dancing with the Pathlight stars, rocking out in my seat as they go through the moves they’ve been practicing since September.

I’ve seen video previews of the dancers and their routines. They’ve got everything from rap to rhumba going on—with rock, pop, and some Greased Lightening in between. And there are lots of smiles, and serious determination too.

I’m psyched to watch the performers dance to the tune from Grease, as I was in Grease as a pink lady as a college freshmen—my first attempt at musical theater. I’m also excited to watch my friend’s daughter Lucie. She was in my dance class at Leeds Elementary School for many years, and I know what she can do!

Pathlight is an important organization in the Valley, improving and transforming thousands of lives each year. It partners with people with disabilities to create opportunities and build relationships that will last throughout their lives.

Come on out and support Pathlight, so it can change more lives for the better.

Kelsey says it best, in a promo video about Let’s Dance, “You’ve got to bring boxes of tissues, and you’ve got to be ready to just jump up from your seat again and again and again after watching these feats of grace and athleticism. It’s going to be the event of the season, and I hope that you will join us.”