You are here: Home / All / John Stifler: A Colleague, Friend, and Fellow Running-Writer 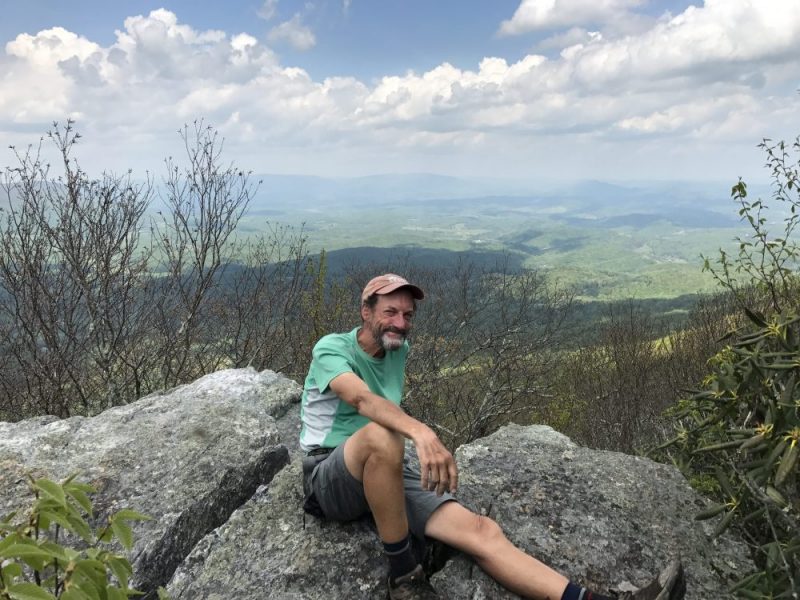 I’ve known John Stifler for many years. We both wrote for the Daily Hampshire Gazette in the late 1980s. I was in John’s creative writing workshop several decades ago. We were neighbors for a time, and we remain friends.

This spring, we had dinner together one night at Galaxy in Easthampton, Massachusetts, and talked about how fun it would be to start a peer-led writing group with local writers. We each reached out to friends and colleagues with passion and experience in writing, and we formed a group that started meeting earlier this summer.

We get together every other Friday morning. Most of us are working on longer, book-length pieces. We write for an hour or more, in peace and contentment, and then read excerpts out loud to one another.

It’s like crack for me. Not only do I now have dedicated time to write, I have peers who will give me honest critiques. And I have a way to hold myself accountable to completing projects. Our time spent together is quiet and fulfilling; we all appreciate the benefits that range from fellowship to feedback.

One at a time, over time, I will introduce you to the writers in my group, starting with John.

John has lived all over the country and world, but he calls the Pioneer Valley of Massachusetts home. After his time in high school at Montgomery Bell Academy in Nashville, Tennessee, he majored in English at Amherst College. He was an exceptional writer in high school, winning the English medal each year, but John thought of himself as average compared to his peers at Amherst College; it did not discourage him.

Early in his career, John taught high school English in Nashville, Tennessee, and then went to Manchester, England, for a year to complete his master’s in late Victorian and Edwardian novels. His next big move was to Switzerland, where John taught English for three years before returning to the United States.

A longtime, passionate runner, John wrote frequently about running while in Switzerland. He competed in many races at marathon distance, providing excellent fodder for his stories. He continued traveling, moving to France for a year in 1980. He also continued running, and writing about it; he penned a piece about a 50-kilometer race in a remote part of the country.

When he returned to the United States, John became a teacher at the Eaglebrook School in Deerfield, Massachusetts, and he settled deeply in the Valley.

In 1981, John began writing feature stories for Hampshire Life, the weekly magazine published by the Daily Hampshire Gazette. Over 25 years, he also wrote a weekly column about the local performing arts and music scene, and he wrote about running for the Gazette’s Sports pages as well.

John also was a longtime, full-time senior lecturer at the University of Massachusetts, Amherst, from 1984 to 2016, teaching writing to students who were studying economics.

John retired from teaching—but not writing—in 2016. An avid and lifelong hiker, he spent six months hiking the Appalachian Trail and wrote a series of compelling stories about the experience for the Gazette. He continues to hike, travel extensively, and enjoy life.

In our group, John is working on a nonfiction book about nondescript towns in the country that have a lot to offer—“Places that are in plain sight, busy with ordinary life, but not on most outsiders’ radars as ‘destinations,’” he says. We’ve heard him read in our group from the first chapter on what he calls “a vaguely historic city in the Midwest.”

John appreciates the group for the outside forces that push him to get the work done. It gives him incentive to reach a deadline. He calls his writing peers his “fellow travelers.”

“Northampton has groups of impressive writers, musicians, etc. that get together to ‘jam.’ Well, we are jamming in our own way,” he says.