You are here: Home / All / How a Copy Shop Became a Book Publisher 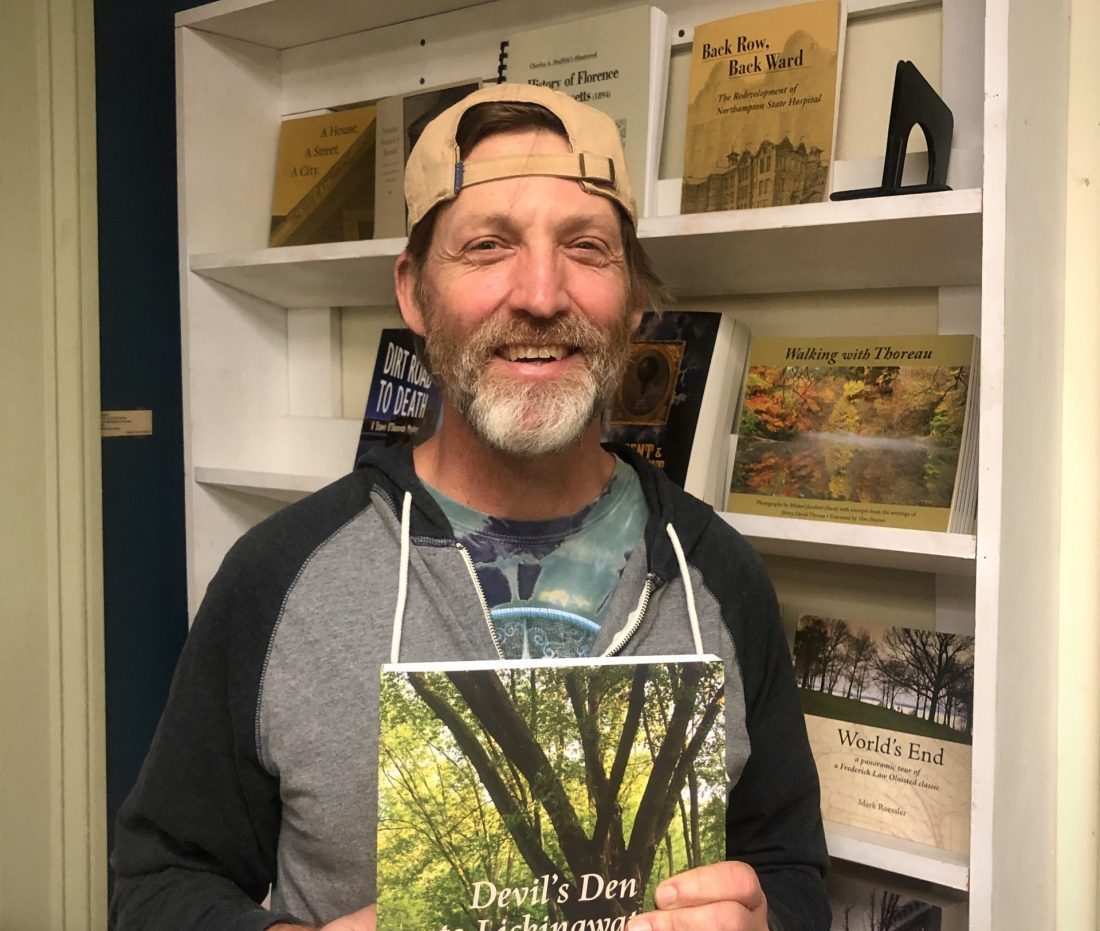 For as long as I can remember, I have been partnering with Collective Copies in Florence. Back before I could make PDFs and send them to clients via email, the folks at Collective Copies printed design jobs for me. Many years later, about a decade ago, they branched out and created Levellers Press, which publishes books for local authors. My books and almost all of my clients’ books are printed by the self-publishing imprint of Levellers called Off the Common Books. These three businesses are all worker-owned, and the co-owners are patient, knowledgeable, and super responsive. Given I partner so much with them via Off the Common Books, I wanted to shine a light on them in today’s blog. So, meet co-owner Randy Zucco!

Tell me about Collective Copies.

Collective Copies was the main business that started all the others. It opened in 1983. We print business cards and brochures, flyers, programs for events—you name it.

What prompted you all to create Levellers Press?

Somewhere around the end of the 2000s, two things were happening at the same time. One was the digital age was completely transforming the way people did printing. We saw the writing on the wall. At the same time, it was Northampton’s 350th anniversary, and the city was releasing books. We happened to get the contract to print those books. It was the impetus that book printing and publishing could be fruitful and useful in the Valley. It felt like a natural fit. The response was pretty overwhelming.

What was the original mission for Levellers?

The original mission was narrowly focused on local history. That’s co-owner Steve Strimer’s baby. One of our first-ever books was about Amherst, Massachusetts. Shortly after it was published, we put out a couple of other local history books. Slavery in the Connecticut Valley was one that was popular at the beginning. Pretty soon, it became clear we were getting inundated with everything—poetry manuscripts, fiction. Once that started happening, the primary focus was to keep it local/regional so that we could make sure it was a venue for the people in our area.

How has that mission evolved?

As time has gone on, it became clear to us that we needed to become more diligent about our process of choosing the right manuscripts for us when we choose to go the publishing route of Levellers Press as opposed to the self-publishing route, with Off the Common Books. Natural growing pains helped the mission evolve away from saying “Yes” too easily. As a new press, we wanted to get legitimacy to some extent. We have developed a reputation for putting out a quality product. The graphic design, the quality of the printing, and the binding is good. It rivals the best.

It’s very large. I would say we receive hundreds of submissions a year. Of those hundreds, these days, we probably choose one or two a year. I would probably say that eighty percent of the rest of them go the Off the Common self-publishing route.

How do you choose your authors?

Several people read manuscripts and make recommendations to the group. It’s very tough because it just takes one of us to not like it. So, you have to get at least six people to like your manuscript for us to take it. Steve is the one who initially receives submissions. If it doesn’t get by him, it usually goes no further. They have to be somewhat special, and we need to know that they are going to sell.

What is Off the Common Books?

Off the Common Books is guided self-publishing. We get the ISBN number for authors. We sell their books on our web store, and we sell them at other venues. We can make an ebook for them.

With Off the Common Books, we almost always have something new in the pipeline.

What value and opportunity do you bring to authors?

The big opportunity is the ability to publish, since there are so few publishing houses these days that are willing to take anybody’s book. It’s becoming more and more difficult to get your book out there. I think that is heartbreaking. I’ve been in this business for a long time, and I can’t tell you the number of copies of manuscripts I’ve done that potential authors are just shipping off to one publisher then to another with rejection. We offer them some place to fall back. We’re not Penguin Books or anything like that. You’re probably not going to get rich, but we offer the opportunity to get a high-quality product out there.

What else would you like readers of Janice’s blog to know?

We can help you between Collective Copies, Off the Common, and Levellers Press if appropriate to turn your book, your idea, your creation into something real. It doesn’t have to be an initial print run of a thousand books to make it worth your while. Authors can see us, get to know us. We’re not a website. You can come in, look through all of our books and meet with us. You will see what you’re going to get. We don’t tie in any author to an exclusive contract with us for the rights to their book. If they hit it big, and it becomes a movie or something, we don’t want any money. We just want you to take your book and become a movie star. So, it’s a relationship that is personable. That is one of the big, big benefits.