You are here: Home / All / Helping a Pediatrician Develop His Book 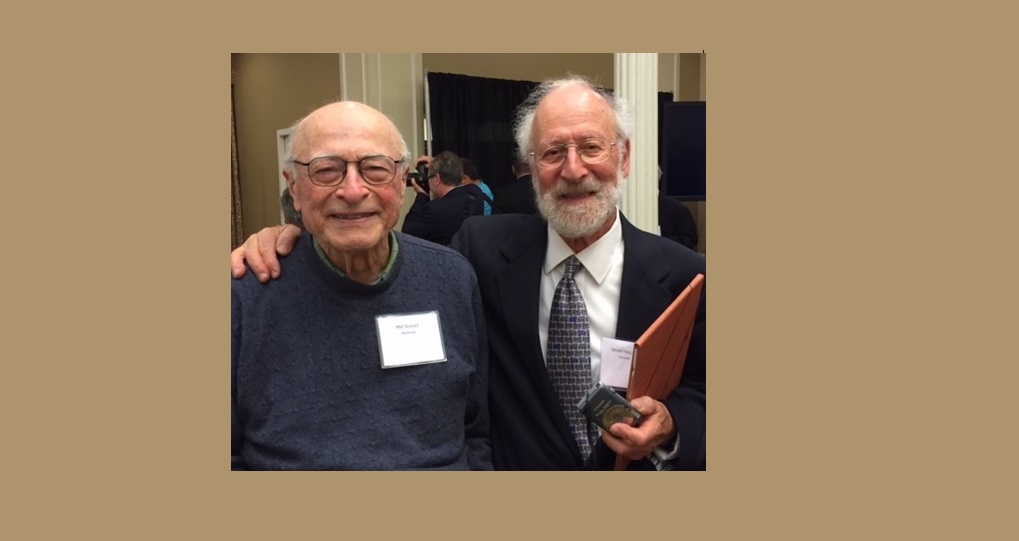 Note: This is the third part of a series. Click here to read from the beginning.

Gerald “Gerry” Hass is a retired pediatrician with whom I’ve had the pleasure to work over the past few months.

A man who is as gracious and compassionate as he is productive and intelligent, Gerry has created a book about his experience as the co-founder of a health center in the South End of Boston. I have fully enjoyed helping him develop the book’s content and usher it into the print phase.

Back in 1968, Gerry was offered a position as chief of Ambulatory Pediatrics and associate professor of Pediatrics at Boston City Hospital. His administrative support was Mel Scovell.

As a teaching and research fellow at Boston University School of Medicine’s Home Medical Service in 1961, Gerry understood the need for primary health care services for the underserved and multi-ethnic population of the South End of Boston. Mel had been a senior executive in a large international chain of shoe stores and factories, and he understood business finance.

Together, they imagined and then created the South End Community Health Center to provide care for all South End residents, including recently arrived Latino families. They encountered many hurdles, and they leapt over them.

There were no private doctors in the neighborhood, so residents wanted their own local clinic, where the health needs of their children and families could be met. The South End Community Health Center gave personal and continuous care to thousands of inner-city families, and its staff members were sensitive to the lives and the needs of all South End residents, including recently arrived Latino families.

Last year—2019—marked the 50th anniversary of the center. Gerry and Mel hosted a reunion in Boston, and Gerry also wished to honor that celebration with a book on the center’s founders, staff, and patients. In 2019, he visited these former colleagues and friends, interviewing them—about what they valued, what they remember, what they felt the center’s importance and legacy was in the community.

Gerry then developed one chapter based on each interview, and he brought that collection of material to me. Together, we determined the order the various entries would be presented. I created a manuscript, compiling all the material, and then I offered content edits. Finally, I copy edited the final work and supported Gerry through the design and print process with Off the Common Books in Amherst.

On March 17, Gerry will read from his book at the South End branch of the Boston Public Library. I will be in Florida and will not be able to attend, but I have much pride and faith in Gerry. He will lead this event in the same determined, elegant manner he has used to walk through the production process.

Key in the center’s growth and popularity was its staff—people like Gerry who were sensitive to the lives and needs of the Latino families they served, who took the time to speak their language, and learn and meet their varying health care needs.

The heart and soul of the Center was the late Inez Washabaugh Ward, RN, PNP, the center’s first nurse. Many people who were interviewed spoke of Inez as a woman who was hard-working, respectful, kind, and full of good humor. I feel as if I know her!

Likewise, Gerry is my kind of person.

He is soft-spoken, and he is all about people and their stories. He is the kind of person who will speak aloud of a friend or acquaintance of his, and then tell you something about that person—making him or her real.

Gerry is also a major scholar and physician.

I am privileged to have had the chance to work with Gerry, to learn his stories and those of his friends.

I will be proud to have his book on my shelf, and I will give a copy to Jacques’ daughter, who is studying to be a physician assistant in Boston, and my daughter Sally, a medical assistant here in Easthampton.