You are here: Home / All / Getting to Know Iris Again 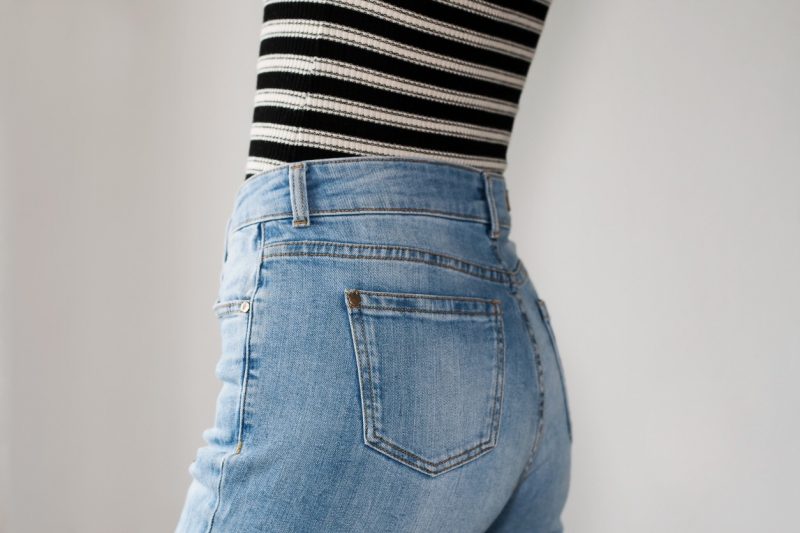 I mentioned in a recent post that while sorting through belongings in storage, I unearthed old journals that included typewritten chapters from a novel I started over a decade ago and forgot about. I dusted off the pages and was pleasantly surprised to find I liked the protagonist, Iris, an older woman who writes obits for the local newspaper.

I imagined Iris in the 1990s, after I’d worked for 15 years as a newspaper reporter and editor. Iris is a narcissist with a wild imagination and a fairly healthy sex drive. As I read these excerpts now, she makes me laugh out loud.

I thought I’d share Iris with you in the next few weeks’ worth of posts, while we wait for the launch of Janice Beetle Books and the new website that goes with it.

Thanks to my spring intern, Aimee Funk, for typing these pages for me!

Iris had only worn the pantsuit once before. Black, and stretchy and strapless, it wasn’t appropriate for every event, but the night she’d worn it with black heels, her hair done up just so in the back, little tufts of hair spilling onto her shoulders, it had felt oh so appropriate.

Iris met Tim that night. Dark-haired and dimpled, he made her feel like a schoolgirl, and back at Tim’s apartment, four Chardonnay’s later, the suit got peeled off of her like a big, ripe banana skin, going down past her breasts, to her flat, unblemished stomach, and then past her hips.

Down, down, down, Iris’ fruit was unveiled. Tim, ripping his clothes off. Iris had kissed his dimples, trying to arouse him after he’d promptly fallen asleep. Her kisses did nothing but arouse her, so she foraged. In his kitchen cupboards she found a can of cashews and ate the whole damn thing. The next week, she did a lot more snacking. She never heard from Tim again. That was just as well. He’d been a dull bed mate.

“His loss,” said Iris, pulling the pantsuit out of her closet in a desperate search for something that looked serious, and even though it wasn’t entirely appropriate for Helen Harrison’s funeral, it was all she owned that was black.

She chewed her nails, thinking, deciding how to make the outfit presentable. It was a cool May afternoon, a little breezy, not too sunny, and Iris decided she would simply cover the pantsuit with a sensible-looking blazer. It would do. Folks would see a black bodice, breezy black pants, and her paisley blazer. No one would know she on had a strapless thing underneath.

“No one,” Iris said, pulling the outfit on, stepping gently into her flat, sensible-looking shoes, looking in the mirror admiring what she saw.

Iris was a tall, black-haired beauty, but her look was simple and understated. Her hair was shoulder length with a natural wave, and most often she brushed the front sections back and clipped them in a beaded barrette at the back of her head. The rest of her hair hung loose. No makeup was necessary. Iris’ skin was smooth and creamy, and her lashes were thick and long.

The outfit, she noticed, still looked good on her, even with a blazer. Iris spun around, noting her rear end didn’t look its best. The outfit, although sexy, didn’t accentuate what was, after all, Iris’ best feature: her buns.

Jeans looked great on Iris. She loved to stand in front of her mirror, talking on the phone, turning this way and that to admire her tight and tiny butt. Iris did love her looks, and much of her life was spent trying to find someone else who would love them too. Someone who would love her as a package. It was a mystery to Iris why she was still single at 36, looking the way she did.

Meekins Funeral Home was less than a mile from Iris’s tiny bungalow in Laurel Park, and since she’d wanted to get a little exercise in, she decided to walk. Her shoes were flats. Her pants comfortable. Purse slung over her shoulder, she headed out.

Helen Harrison wasn’t anyone Iris knew well. She was the wife of the man who ran her writing group. A college professor’s wife. The woman who baked the chocolate chip cookies they ate at break time while talking over the latest manuscript and drinking herbal teas. The woman who politely excused herself and ducked upstairs when the group began to arrive. A woman who was active in her church, serving as a Eucharistic minister and lay reader, Helen “loved to sew and knit,” according to her obituary.

Iris hadn’t simply read Helen’s obituary in the newspaper the night before to learn these things. Iris had written it. Iris was the sole obituary writer at the local paper, a job she loved because she was always the first in town to know who was dead.

“Guess what,” she could tell her friends after deadline in a quick phone call.

“John Summer died. Remember him? The guy from the video store downtown. The one with all the artsy movies? He died.”

Iris knew everything. Even the details that didn’t get into the paper, like the fact that John Summer died of AIDS, and that Mr. Parsons, that nice old man who always walked his dog around Child’s Park at lunch time every day, put a .38 in his mouth.

Iris loved knowing all that.

She was glad she’d typed Helen’s obituary. She figured she’d bring that up at the funeral, if she needed to make conversation or anything. She wasn’t sure who all would be there, probably folks in her writing group. Partly, she hoped they would be there, so she’d have someone to talk to, but partly she hoped they wouldn’t. Then Duncan would have to notice she’d been the only one who cared enough to show up. She wanted Duncan to think she was concerned and sincere, or more concerned and sincere than anyone else.

Iris figured there would definitely be other Amherst College professors there, and neighbors and family, and so she was glad she had a little doo-da tucked away to talk about. “I took the call on Mrs. Harrison’s obituary,” she would say, and folks would think she was a writer. They’d think her important. It was interesting, after all, her work. The reporters worked very hard and were very good writers, and Iris looked up to them but didn’t envy them or have any resentments because they got bylines and had stories on the front page. Reporting just wasn’t for her. All those phone calls to make and meetings to attend.

Obit writing was fine for Iris. Obit writing was important. Lots of people only made it into the newspaper when they died. Their obituary was the only story ever to be told about them in the newspaper, and Iris had the honor of writing it. And even though it was a shame they were dead and couldn’t read it, it should be told properly, nevertheless.