You are here: Home / All / Flight of Integrity Takes Flight 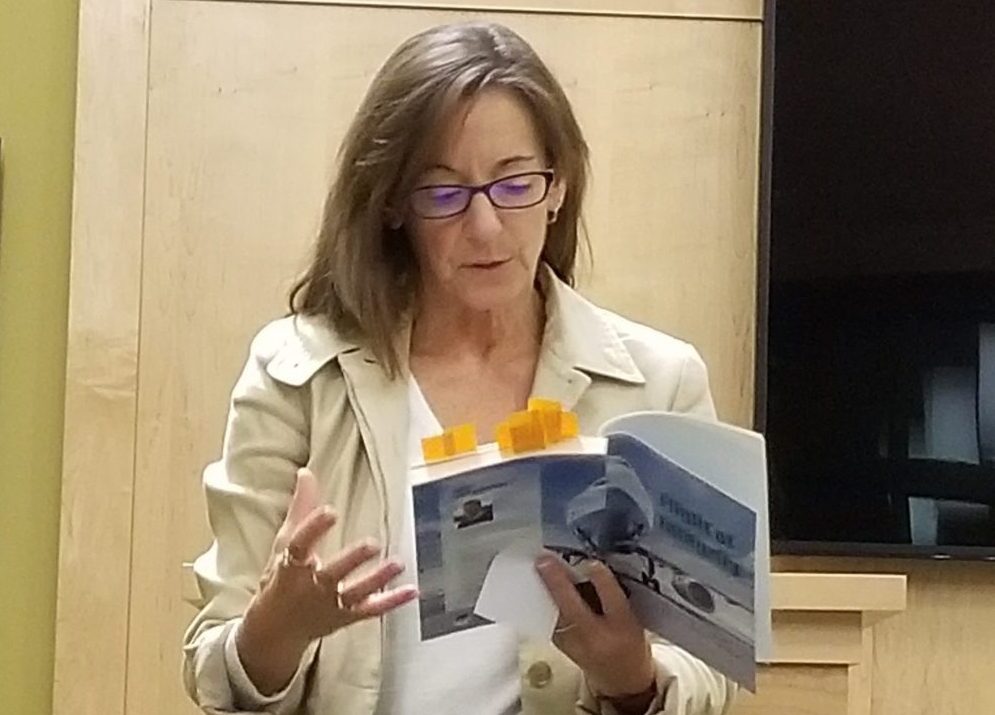 A little over a week ago, I had the privilege to stand up in public and talk about Flight of Integrity with my client Peter Cichon in the audience with his wife and family. It was a thrill second only to the privilege of helping Peter tell his story in the first place.

As I explained to an audience of about 40 at South Hadley Public Library—which graciously hosted the talk—Peter came to me about four years ago, referred by my friend and colleague Fran Fahey of Fran’s Fine Editing in Easthampton, Massachusetts. Peter sat down in my office and told me the story of a trauma he experienced while working for an airline at Bradley International Airport in the late 1990s and early 2000s.

At the time I met Peter, those events were at least a decade behind him, but I could see the angst and turmoil still on his face and in his body. He said he needed to tell the story because that would help him to feel some sense of closure and peace. I felt honored that he chose me to be his storyteller.

We agreed early on that we would tell the story as a work of fiction based on fact to protect Peter and his family, his colleagues, and the airline itself. My friend and colleague Judith Kelliher helped me interview Peter several times, and Judy also interviewed Peter’s wife and some of his friends and colleagues.

Peter delivered to me several large cartons filled with documentation that included transcripts of court depositions, police reports from the Connecticut State Police, personnel records from the airline, and recommendations and commendations about Peter.

Together with the material gathered in interviews, the information informed my writing. I wrote a manuscript, which Peter and I subsequently edited together, until it fully resonated with him. (Since Jacques is an air traffic controller, I had him read the book as well, and took his good feedback into account.)

Then, my friend and colleague Lisa Stowe of Florence, Massachusetts, designed the book’s jacket and inside pages, and it was printed by Off the Common Books in Amherst, Massachusetts.

Flight of Integrity is the story of a different time in our history and focuses on troubled race relations and incidents of sexual harassment at the airline for which Peter worked as a ramp agent, or baggage handler.

The ongoing drama centered around three employees who had been known to harass female employees and intimidate other colleagues. Peter took on the role of advocate and defender for those employees who were targets. It was his belief that he could make the airline a better place, where people would want to work. Instead, the situation went in a direction Peter never could have seen coming.

At the reading, I heard feedback from people who have already read the book and described it as a page-turner they could not put down. I particularly appreciated that a woman who worked with Peter, speaking directly to me, said I had done a good job in the writing because the book rang true for her.

Peter talked about how hard it was to feel persecuted and misunderstood, and he thanked me for bringing his story to light. He said he feels relief now, as if he has had his day in court.

Read Peter’s story, and see what you think!

Contact me if you’d like to plan a reading for a book group or at a public venue in your area.