You are here: Home / All / Excerpt: The Healing Cabin 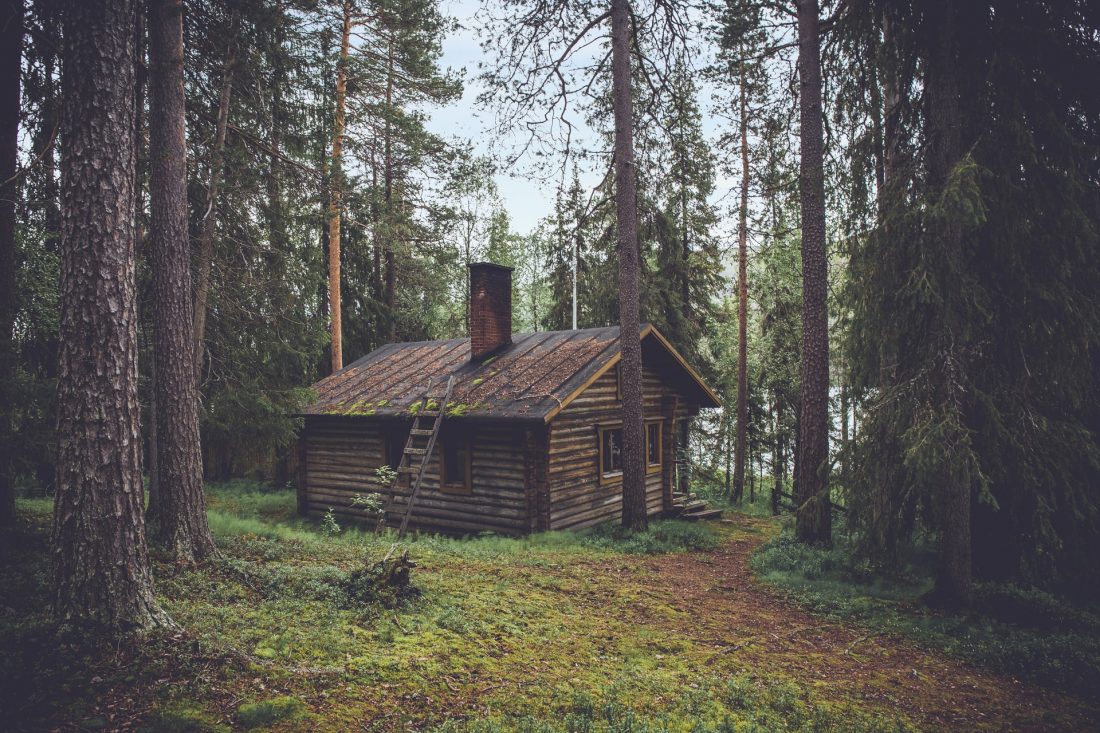 Note: A few months ago, I blogged about discovering some twenty-year-old journals in my attic and taking the time to read through them. I learned that, back then, I wrote a lot of fiction, and some of it still resonates with me. Just for fun, in the month of December, I’m going to post excerpts. If you like the work, please let me know! And feel free to share this link and invite others to read! This piece conjures up the fear I had about my children, who were young when I wrote this. Interesting that I chose a male protagonist. This is the last excerpt in this series; let me know if you’d like more. I have plenty.

A lonely time, it was, there in the woods in the cabin by myself, but it was a healing time, and I needed healing. My wife had left me, and she took our three beautiful children. No warning. Didn’t even leave a note. I have no idea where she went, whether it was across the country or to the next county. I’m not sure I’ll ever find out. What I do know is that she broke my heart and robbed me of my most precious gifts in life.

At first, I went crazy. I searched twenty-four hours a day for weeks. I lived in the police department then, and I knew all the shift commanders by name. They’d see me coming, and the door to the Detective Bureau would click open, granting me access. I’d throw a wave over my head in my hurry to tell the guys what new shred of evidence I had against Rita. But nothing ever panned out, and the guys, they finally clapped me on the back and told me to take it easy. “Go someplace and try to get it together,” one of them said, and so I did.

I headed north to New Hampshire and found a one-room cabin on lake Wampaset. It was meant for summer dwelling in swimsuit weather, but I took it anyway. It was in the middle of nowhere, and at the time, I was going-nowhere kind of guy. I stayed there through the fall, until it got so cold I either had to bust a hole in the roof and build a chimney or freeze to death. So, I headed home.

My favorite part about the cabin was lying still, just before I fell asleep or right after I woke up. It was so still and quiet, I could hear the pine needles dropping. I loved the sound of the water lapping at the shore, and the birds were beautiful, their songs, until they left.

Squirrels made a playpen on my roof. And I could hear them snacking and taking their treats to a home not far from mine. I cherished those moments, but they always ended when I remembered Erica, Doug, and Lucie were somewhere out there, beyond the lake and the squirrels and the pine trees. Then I had to fill my day with forgetting about it

I cooked over an open fire, and since I couldn’t stand to kill wild animals, or more truthfully, couldn’t stand the thought of skinning them, I ate a whole lot of fish. I even tried the freshwater clams, steamed. They didn’t taste too bad, but what they did to my stomach was not pretty.

Lots of my time was spent writing. I wrote long, thoughtful letters to each of my children and saved them in piles just in case, someday, I’d have an address to put on them. I also made a pile of angry, hateful letters to send to Rita. I wrote poems and stories, and I wrote letters to my parents, and that was a little twisted, I suppose, because they are both dead. It’s just that there were so many people to miss, I forgot who was still a part of my reality. And none of them are.

One night, a large black bear came calling as I was sipping my after-dinner tea. The sun was setting, and a shuffle of leaves caught my attention. I turned to see the giant creature only ten feet away. Ever so slowly, I went inside, and there I stayed until dawn, peering out the windows like a child.

I miss the cabin. I miss my solitude when people I don’t know ask me, “How’s it going? How are you holding up? Have you found the children?” I want to close my eyes and wake up in the cabin to the chirping birds and the sound of silence, the sound of no questions. But I can’t. I go on.