You are here: Home / All / Client’s Book Offers Look at Solving Global Problems 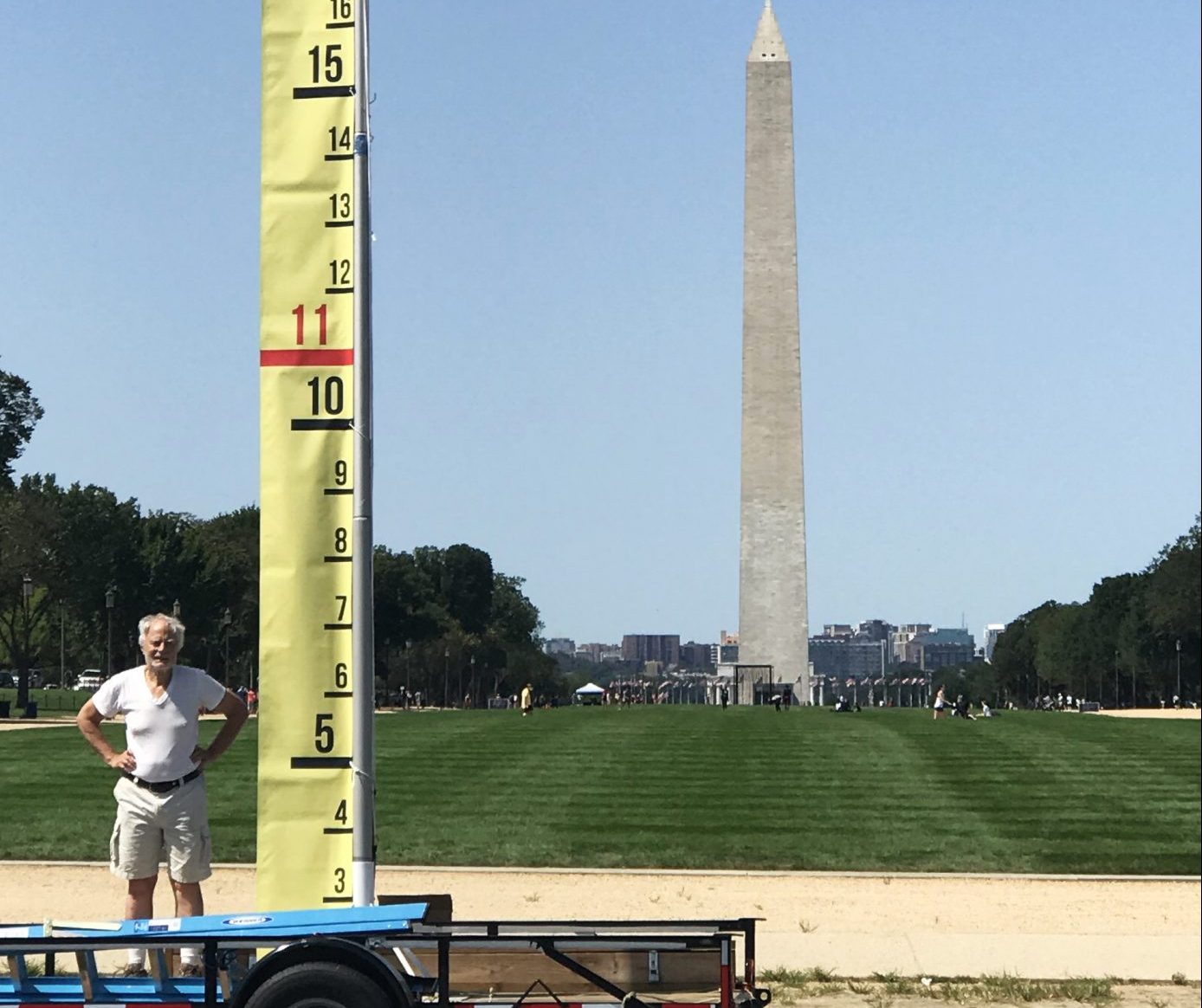 Note: My client Vincent “Vinny” Valetutti has published “If I Were President: 29 alternative ideas for solving global problems” in the days before the presidential election to get Americans thinking about solutions—rather than controversy. Vinny is not a candidate for any office. His book is intended not as a platform for a campaign but instead to raise awareness and offered frustrated voters some food for thought. It is interesting and earnest. I wrote the Foreword for the book, which appears below. Learn more about Vinny and “If I Were President” here.

Vincent “Vinny” Valetutti is my friend Becka’s partner. I met him several years ago when he offered to drive our entire book group to a vineyard in a van so we could all relax and enjoy. Meeting all of us for the first time, Vinny was friendly and pleasant, and also a good driver!

This year, I assigned a student intern working with me in my public relations business to interview Vinny and write a press release on the traveling, thirty-foot-high, mock Sea Level Rise Ruler he created to raise awareness about rising sea levels. When standing next to the ruler, one has a close-up, dramatic view of how high the sea would rise if only five to ten percent of Antarctica and Greenland were to melt.

Vinny towed his ruler on a trailer and parked it in a lot in downtown Northampton, Massachusetts, so people could visit it and learn more about one impending circumstance of climate change. He later towed his giant ruler to Washington, DC.

Helping get some media attention on this innovation gave me a deeper view into the mind that is Vinny’s. So, when he contacted me a few months after his initial outreach and asked for help with this book, I was interested in working with him. I have since learned much about the man behind the ruler.

Vinny grew up in Westchester, just north of New York City. He was the oldest son of seven children who were raised by an at-home mom and a father who worked alongside his own father in the perfume delivery business. Vinny’s grandfather founded the company in the early 1900s with a horse and buggy.

As a child, Vinny felt different from other children. He was bullied a lot and withdrew into himself. He spent his afternoons and weekends tinkering with toy cars and trucks. As he grew up, he continued to enjoy working with his hands and was always fascinated with mechanical devices and how things worked.

As a teen, Vinny worked in a bike shop, doing repairs. He once dismantled an entire grandfather clock to see how it worked; in taking it apart, a spring sprung and damaged the teeth on some of the gears for the gong, which he couldn’t repair. Vinny got the time piece back in working order on his own, but the clock never sounded again. At seventeen, he tinkered with his first car, replacing the clutch, his biggest project with that vehicle.

A mild Asperger’s diagnosis in 2011 helped Vinny understand why he preferred to spend time alone, and why his mind works as intently as it does. He learned why emotions or body language had never played into his psyche. By that time, Vinny had amassed a great deal of experience as an engineer, and he’d worked extensively in energy conservation, aircraft structures, nuclear piping, moveable bridges, and with heating, ventilating, and air conditioning (HVAC) systems in office buildings.

In his first job after graduation from the Academy of Aeronautics in Queens, he worked for a company called Republic Aircraft, helping to design the moveable surfaces on the wings of the Boeing 747 aircraft.

During the 1970s, after the first Arab oil embargo, the nuclear industry was planning to build a thousand nuclear plants by the year 2000, and engineers like Vinny were being recruited. He began designing piping systems, but after a partial meltdown of a reactor at Three Mile Island in 1979, Vinny’s love of the environment won out. He worked for an energy conservation company that performed energy audits in schools and hospitals and later ran his own firm, which included working for lawyers on accident cases.

Vinny also spent some years working on movable and retractable bridges—like those over canals—and had a team of iron workers, machinists, electricians, and carpenters under his charge. He also spent time working to solve systemic problems in buildings in New York City. Vinny was the guy who was called when an old city high-rise had significant problems with rainwater leakage, also when there were problems with the air conditioning system in a major public train station.

As Vinny says, “My brain is wired to figure things out.” This is likely because Vinny absorbs information. He surveyed the Twin Towers ten months before 9/11, for instance, and had intricate knowledge of the building’s structural integrity. So, after having many conversations about the cause of the collapses, Vinny read the structural section of the Federal Emergency Management Agency (FEMA) report to fully understand what happened—why the buildings came down the way they did. That was not out of character for a man who once went to a New York public library and read the entire ballistics section of the Warren Commission’s report on the assassination of President John F. Kennedy.

In 2004, Vinny retired from his work as an engineer and travelled literally all over the world to points that included Nepal, Bhutan, Tibet, Ethiopia, Zimbabwe, the Galapagos, and much of Europe. He saw how people live in other countries—lower standards of living, open-air markets—and how the world is changing rapidly, even in undeveloped countries. He once spotted a woman in Africa lugging water in a jug on her head on a dusty road, talking on a cell phone.

Vinny’s career and his travels inform and inspire ideas. As he imagines, he meshes his deep passion for the environment with his knowledge of history and politics, his global savvy, and his lifelong experience as a pragmatic, creative problem-solver.

Perhaps due to his Asperger’s, Vinny sees the world differently. He doesn’t consider himself a Democrat or a Republican. His lens doesn’t focus solely to the left, or the right, and it also doesn’t land in the center. “I consider myself a realist,” he explains. “Think of a line. At one end, you have the left—liberal, Democrats. At the other, you have the right—conservative, Republicans. In the middle, you would have the Independents, who sometimes go to one end or the other. I like to think of my mind where the line is simply the diameter of a sphere, where I can find ideas anywhere within the sphere.” Sometimes, I also think outside the sphere—kind of like thinking outside the box. I’m a warehouse of spheres, and sometimes, I think outside the warehouse.”

While Vinny attended a Catholic high school for a time, he does not think of himself as religious. He describes himself as an agnostic because he cannot prove there is or is not a god. His thoughts on religion are like his other musings—outside the warehouse. At times, he quotes the bible, recalled from his religious education as a child, as he explains an idea because a word or a phrase has caught his attention.

As he talks, Vinny often punctuates his sentences by saying, “Okay?” As in, “Are you following me?” In our interviews, I always was; if I wasn’t, I asked a lot of questions. This book holds the ideas Vinny described to me. They are his original thoughts on how to solve some of the problems that plague the United States and the world.

“These ideas have been forming in my brain over decades, certainly not just something that popped in the last couple of months,” he says, adding, “I’ve always had ideas, and they’ve changed from time to time.”

I offer the disclaimer that the Janice Beetle Books indicia on the book jacket does not signify an endorsement of the specific ideas within but rather wholehearted support of the author’s innovative thinking and global compassion.