You are here: Home / All / By the Skin of My Teeth 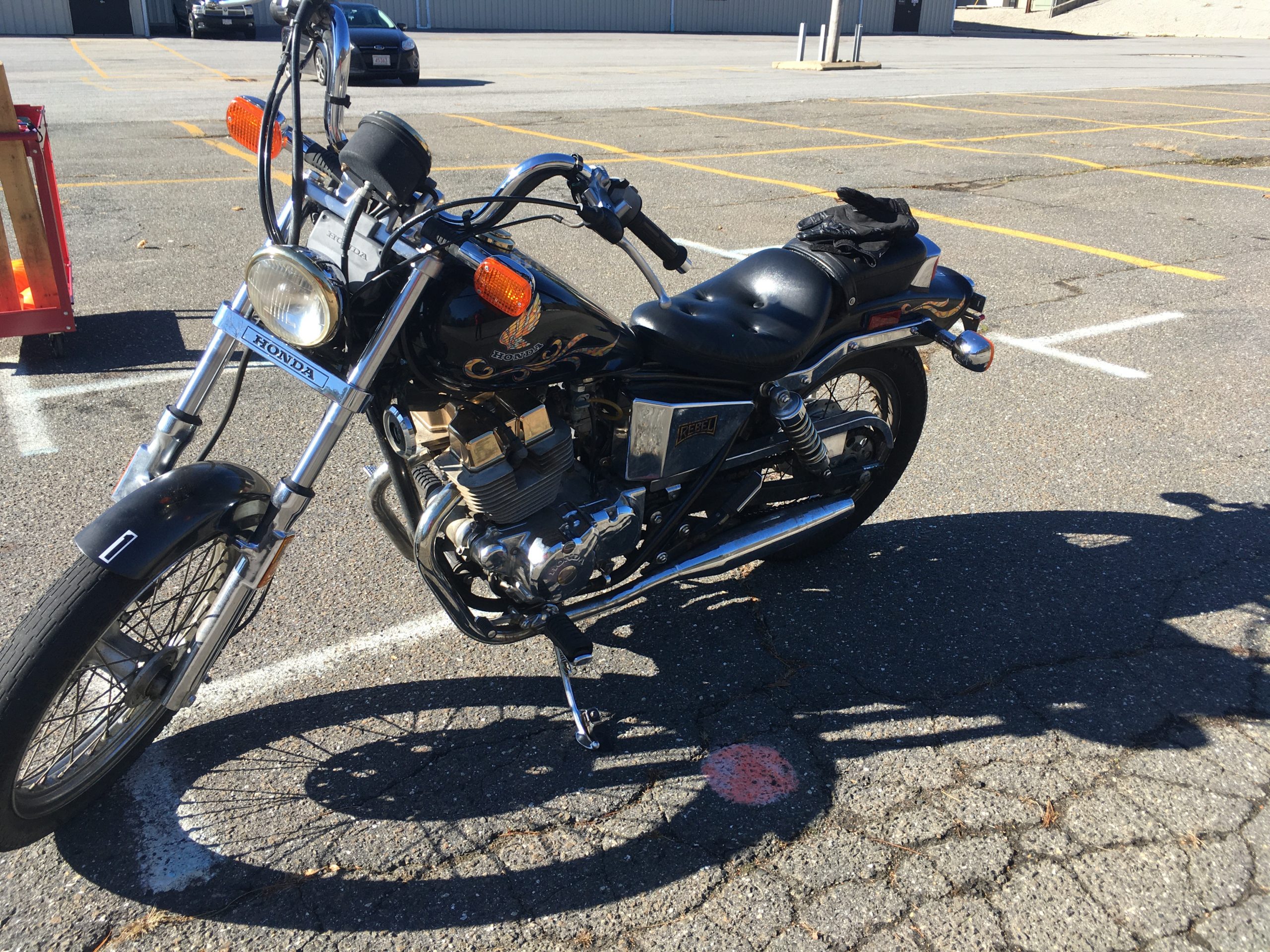 This story is a continuation of a series. To read from the beginning, click here.

Having had several issues with my first motorcycle lesson in Westfield, I decided to find another facility to take the weekend-long motorcycle class. And time was running out. Because the October 11 class had been pushed to October 18, and I was away the following weekend, there was only one more weekend in the fall when classes were running.

If I was going to accomplish the birthday surprise of securing a motorcycle license and buying a bike, I had to take the class the first weekend in November 2019; it was offered in Sturbridge, Massachusetts, about an hour away.

I told Jacques I couldn’t tell him why I’d be gone all weekend, that it was a surprise. Begrudgingly, he acquiesced and asked no questions.

On the first day, I had the instructor to myself. His name was Craig. I had a blast as he ran me through drills, teaching me things like how to brake safely on turns, how to start from a full stop while turning hard to the left or right, and how to swerve.

I felt comfortable, competent, and alive on the seat of my Honda Nighthawk, which looked like a baby bike in comparison to Jacques’ Indian Chieftain. I left after the first day feeling confident and excited about my surprise.

But it all unraveled on the second day of class.

On Sunday, I was one of two students, and Stephanie, my classmate, was—get this—an actual race car driver, and she arrived in her shiny, blue actual race car. She also already owned a Honda Grom motorcycle and knew how to ride.

Instead of focusing on my own learning, I became competitive, trying to be better than Stephanie. I also was conscious of the fact that the day would end with a road test, and if I failed it, I’d have to take the course again, and that couldn’t happen until spring—after Jacques’ birthday.

I eventually calmed down enough to notice that even though Stephanie was a racer, she wasn’t as focused on speed as I was. She was concentrating on control, comprehension, and I had to admit that those were better teachings to focus on than getting to the end of each drill first. I quietly followed her lead, but I was still off my game the rest of the afternoon. I didn’t feel centered in my skin.

When it came time for the road test at day’s end, I did well on some drills that Stephanie failed, but I drove outside a boundary in one section, didn’t accelerate fast enough in another, and—during my favorite drill—also choked by braking before I swerved, which I was not supposed to do. I passed the test by the skin of my teeth, and on the way home, I had a come-to-Jesus moment with myself.

Who was I kidding? I could not now just magically buy a bike. I needed more lessons. I needed a guide. I needed help. I needed to tell Jacques, which I did when I got home.

“You were taking a motorcycle class?” he said. “Hot damn, girl!”

He was duly impressed, and in the spring, he will help me take next steps.

In the meantime, as I drive around in my car, I think about being on a bike, where I’d be on the road. I try to identify threats. I lean into turns with my body. I can feel it all.