You are here: Home / All / Book on Six Widows is Poignant, Humorous 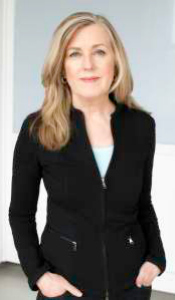 Note: This is the third of three parts. Click here to read from the beginning.

There are so many tender, poignant moments in Becky Aikman’s book “Saturday Night Widows: The Adventures of Six Friends Remaking Their Lives,” but the image that hit me the hardest involved Becky’s husband, Bernie, whose mind declined as he battled cancer.

“I found notes he had written to himself in scratchy script as his memory failed, information he was desperate to retain,” Becky writes. One such note read, “Home: followed by our address.” Another, “Wife: followed by Becky.”

The notes were not too different from notes my late husband Ed wrote to himself as he, too, battled cancer, so it was natural I felt Becky’s pain in finding them.

I saw myself in Denise as well. I recognized what Becky describes as Denise’s “Help Me” look, and it resonated that she and her late husband, Steve, did home improvement projects together. After he died, her home was an outward sign of their love.

What makes Becky’s book so special, though, is that there are six women, six widows, six friends – six stories about reinventing the self, and I could relate to them all, as I am sure other women will as well.

And I don’t mean just widows. This is a great book for women – women who have careers and need to push themselves, hard, for reasons of their own. Women who have children and struggle to take care of everyone’s needs. Women in blended families who must be sensitive to so much.

Becky Aikman is a seasoned journalist, having written for Businessweek and Newsday for many years, and her writing is clear, clean and laced with unexpected, but much appreciated, humor. The story is well-told and highly visual.

Becky conceived of the idea for this book several years after Bernie died in 2004, when Becky was 49. She had had a bad experience with a bereavement group 18 months later and was actually asked not to return. This propelled her forward, determined to find a better way to process her loss.

To help other women, Becky gathered a group of widows together with the notion that they would spend one Saturday night a month together for a year, learning how to move forward after loss. After some initial awkwardness, the group naturally bonds over their common experience, and Becky learned that she, too, benefitted from the group support and camaraderie.

In addition to Becky, the women are Denise Roy, Dawn Jiosi, Marcia Wallace, Lesley Jacobs and Tara Nicholson Olson. They will appear at a Girls Just Wanna Have Fun event to be held on Thursday, April 25 at the Delaney House at 6 p.m. to talk about women, friendship and reinventing their lives.

The book tells each woman’s story of loss and reinvention, and it shows the evolution of their friendship through the various activities they did together  tog theogerh– going to a spa, to the home of a caterer who guides them in the preparation of a meal, to the Metropolitan Museum of Art and on a lingerie shopping spree. In between these chapters, Becky interweaves the story of her own experiences with loss.

Their outings together got them talking about everything from the longing to hold hands with a man to  recognizing their grief “zingers” – or triggers – in all aspects of their lives.

While the group was committed to the notion that they would not wallow in their grief, the reality was that no matter what outing they were on, their losses were a central topic.

The women coped with making big life decisions alone. Should they sell their house, for instance? They dealt with dating, moving in with boyfriends, creating stepfamilies, breaking up. Having one another to support them in these decisions was critical.

They were compassionate with one another. They formed close ties. And they had great humor. There are moments in the book that will literally make you laugh out loud.

Come meet Becky and her friends on April 25 and be inspired by their spirit, their determination and their friendship.

Tickets for the Girls Just Wanna Have Fun event are $46, include dinner and can be purchased at girlsjust.eventbrite.com or by calling 413-735-1645; individual tickets can be purchased, and tables of 10 are also available.

The Odyssey Bookshop of South Hadley will be selling copies of “Saturday Night Widows” at the event. My book, “Divine Renovations: A Carpenter, His Soul Mate and Their Story of Love and Loss,” will also be sold by the Odyssey.

Girls Just Wanna Have Fun is an event series for women sponsored by The Republican newspaper. This particular event is also sponsored by The Creative, offering marketing, messaging and design services by Ruth Griggs, Janice Beetle and Maureen Scanlon.