You are here: Home / All / Beginning the Healing 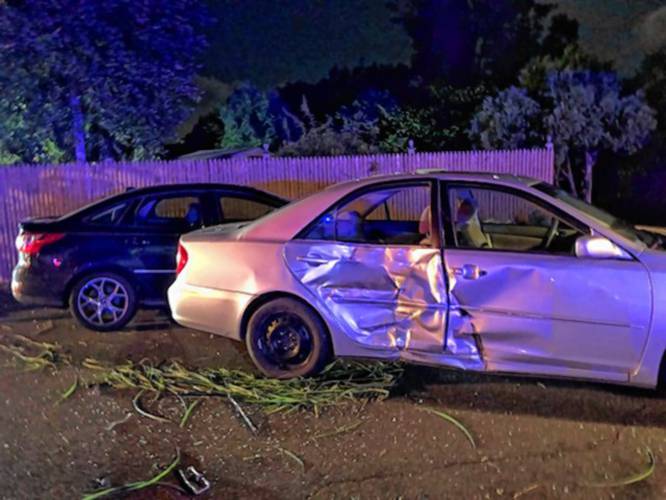 There came a moment when I felt the need to back up, step away from TJ and leave him in the good hands of the police officers. I turned toward Craig and a neighbor and, for the first time, saw the chaos that was my driveway. There were shards of glass and metal everywhere. My neighbor pointed out I was in my bare feet.

We held one another, assessing the chaos in our own minds.

“Is he going to be okay?” I asked the officer who took our information, motioning toward TJ, who was being loaded onto a stretcher. The officer was noncommittal.

Ten minutes later, when the ambulance was still sitting there, I asked, “Why haven’t they taken him to the hospital? What are they waiting for?” I felt such a sense of urgency. “Tell the driver to go!” I said.

Many neighbors I don’t know walked over to see what was happening. My own mind could not take in the surreal. I could not sort out what had actually happened. My entire person was focused on TJ and willing him to survive.

I walked the dog. I drank a glass of wine. I talked with Craig as he waited on hold with his insurance company. We did reality checks. Yes, this was really happening. I drank another glass of wine. I called my boyfriend (Jacques). His daughter is an EMT. They told me that the driver was likely dead, hence the fact that the ambulance sat in my driveway for so long and then left sans siren.

Over the next six hours, a team of officers mapped out the scene in my driveway. I went out twice to talk to them. The first time, I asked if they knew how the driver was. The second time, as I cried over the audacity of the question, I asked if they would please clean up all the blood.

In the morning, I called the Easthampton police to ask about the driver. They were still not able to give me an answer, but about 10 a.m., a female officer called to tell me that the man, TJ, had passed away, and I sobbed.

I learned later that TJ died in my driveway. I am intuitive enough to think he passed away moments before I felt the need to step away from him. I was at first devastated that I had not been able to save TJ. I have since accepted that I am a writer, not a medic, and that TJ was gravely injured.

That first morning, Craig and I were also struck that the police had used white spray paint to map out the scene in the driveway. It was also clear in the light of day, with the spray paint accentuating things, what had happened: Where the road curves on my street, TJ drove straight, slamming through my garden, into our driveway, and into Craig’s car, which hit my car.

Craig’s Toyota Camry was totaled; my Ford Focus sustained $4,000 in damage. Eerily, the morning after the crash, Craig found a few of TJ’s belongings in his back seat; they flew in when TJ and his motorcycle made impact.

For a week, the white lines disturbed me deeply. They made me relive the crash and see images I wished to un-view. As life would have it, I attended a birthday party with Jacques that week, and I sat opposite a police officer I had never met before. After a margarita, I told him about the accident, the items inside Craig’s car, the white paint in my driveway, and how much it all disturbed me.

I didn’t know that I could do that, but the very next day, I did, using black spray paint, which does not show against the asphalt. Immediately, my soul was relieved. Then, my grandson Eli and I created a memorial to TJ with a cross and flowers in vases near a small garden adjacent to the driveway.

May he rest in peace. May they remember and love him well.