You are here: Home / All / Avoiding the Precipice 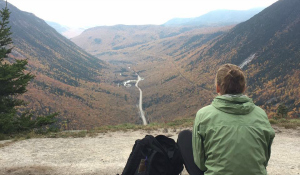 Note: This is the fourth of five parts. Click here to read from the beginning.

A reader asked me about Alfred One (AKA Poor Guy,) via a Facebook post last week, and I realized I started this series not exactly from the beginning. But that was intentional, because these blogs were supposed to be a rant on online dating. Somehow, though, I veered smack into my personal life. Ew. Sorry. I didn’t mean to take any of us there.

So strap on a seat belt, or something else that will protect you from the twists and turns of this rapidly evolving drama. I’m going to get us out of this territory in this one post, like Indiana Jones leaping over a pit of snakes.

So first, Alfred One. I met him about two years after Ed died and pretty much loved him on first sight. He is a Type A personality, wound tight. He looks like a buff 16-year-old but is as tender as they get. And also as self-protective, hence our troubles. Here are four years of conversations with Alfred One, in summary:

Year One: “Don’t get all sparkly over me. I’m a rebel and a bachelor, and you’ll never tie me down.”

Year Three: “I love you, but I’ll never live with you, and I’ll never marry you.”

Year Four: “I love you a lot, but I’ll never live with you, and I’ll never marry you.”

So, yes sadly, in May, I sent Alfred One to the Bachelor’s Place in the Far Beyond.

July. Enter Match.com and Alfred Two. I got in deep fast with this Alfred, which actually was not the plan. I was determined to really do the dating thing. I was going to be like a guy and play the field and date a few people at once and kiss the frogs, as my friends suggested.

But who was I kidding? I’m the one in love with love, remember?

I let my heart drive the bus with Alfred Two, for a very short while, so we did end up spending some time together. But I didn’t completely disengage my brain. I put it on vibrate, and I was dedicated to listening for it to sound. And sound it did.

We took a trip to the White Mountains and spent many hours together, and I learned more than I wanted to about Alfred Two and his life.

We climbed a peak together with a sheer drop down a rock face of hundreds of feet. As we sat and ate an apple on the top, a 20-something guy stood literally six or so inches away from the precipice, testing fate. When he picked his girlfriend up, pretending to toss her over the edge, I thought I might vomit, and I had to look away. If she had made one unsteady move, they both would have gone over.

I knew I had to step away from the precipice that was Alfred Two.

Then, surprise of all surprises, it was Alfred One who came back to sweep me off my feet.

Doesn’t get any better than that. It marked the beginning of the end of this melodramatic love story, and the end of Match.com for me.

In two weeks, I’ll offer dos and donts on Match.com, and then we’ll move on to other crazy and perhaps also inappropriate topics from life!