You are here: Home / All / Another Labor of Love 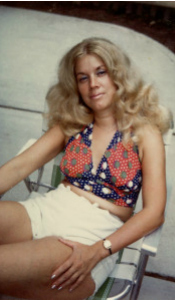 I met Paul Mundy at the Easthampton Senior Center. He had come to an event at which I was reading from Divine Renovations. There were seven women in their 80s in the room – and Paul.

He was clear that he had come because he wanted to write a book for his late wife, Doris, who passed away on Dec. 11, 2011, at 74. Paul thought I could help him, and he was right.

We met a few weeks later at my house. Paul told me he has spent the past two years consumed by stories and poems that began to dance in his head almost as soon as he learned that Doris had died. And then, he dictated those stories to me, reading from a notebook he has kept.

My job was to clean things up a little, remove repetition, add some rhymes here and there. But Paul had done the real work.

Paul didn’t just want a book for himself; he wanted it as an outward sign of his love for his children and grandchildren. He wanted it to be a holiday present, this year.

So I got to work. I edited the content for Paul’s book and then designed an actual book, using shutterfly.com. Some nights, working on the book, I’d get weepy looking at photos of Paul and Doris. It was so clear they were very much in love.

It was a favorite project. Paul really touched me. He is sweet, earnest, so excited about his book. As he should be. It is a truly loving manifesto. I can’t wait to hear how his family receives it.

Here is my favorite of his musings:

Perfect Catch, But No Bait to Cast

A young fisherman was standing on the edge of the ocean of life when a beautiful mermaid swam by. He thought to himself, “Oh, what a beautiful prize, but how can I catch her, for I have no bait.”

She swam around and around, and to his surprise, she came by his side.

One day when he awoke, she was not by his side.

Now, an old fisherman stands on the edge of the ocean of life, thinking of the day he caught the catch of his life, the love of his life.

And he wonders still, what was his bait? What did she see?