You are here: Home / All / A Whoa Writing Moment 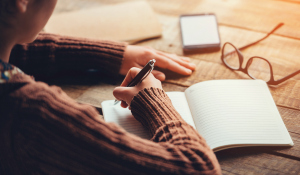 Whoa. Wow. I had a great morning last Wednesday in my writing group with Liz Bedell.

The night before, I was feeling frustrated and uninspired and didn’t even want to go. I have been struggling with the first three or four chapters of Unleashing the Sun since my weekend writing retreat with Judy Kelliher in late winter/early spring. I have been writing, editing and deleting much of my work on these three chapters, over and over and over. That’s been pretty discouraging to me.

I had actually decided last night that I was going to switch gears and begin working on my nonfiction book about my trip in January to Majuro, the capital island of the Marshall Islands, where my daughter works.

Truth is, I’m struggling because Unleashing the Sun is a love story, and I’m having some trouble in that department.

But on the way to the Write of Passage group with Liz last Wednesday morning, I had an epiphany. A scene with Roxie and Alex, my two main characters, popped into my head and made me laugh, and I couldn’t wait to get my hands on my keyboard.

Turns out, it took less than 10 minutes to write that inspiration down, and then I forced myself to go back to those early chapters and keep—as we used to say in the news business—“killing my babies,” meaning deleting passages that are unnecessary, or don’t move the book forward, even if I like them.

I got through chapter four and began editing chapter five, then six, then seven. They all flowed very well, and tidbits of humor sometimes made me laugh out loud. I had forgotten them!

When the class ended, we swapped notes—the three others in the group and I—as we always do, and I was pleased to report that I felt the morning had gone well for me. That, and the fact that last Tuesday I interviewed an intern for Beetle Press for next fall, and he let me know he’s interested in doing some literary projects.

At the time, I told him I probably would not have a manuscript ready for him to read. But now I feel differently about it. I have a new burst of energy and excitement. And I now also have more time on my hands. I know how I will be using it.