You are here: Home / All / A Unique Contribution For Writers 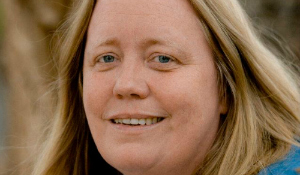 Like most writers, Liz Bedell of Northampton has a hectic and time-stressed lifestyle. It inspired her to create a new and unique writing group, called Room to Write, because she wished that kind of thing existed for her.

Instead of the classic writing group, in which the leader offers a prompt and the participants write for up to 45 minutes, Liz’s group is more about the writing process and making individual progress. She creates this “space for people to come and commit themselves” to any particular long-form project they are working on, whether it be fiction, nonfiction, or how-to prose. They have two hours to write in a bright, warm, cheery studio.

The type of writers who join Liz’s group are experienced and have already started a long-term project, rather than the basic beginner or authors of short pieces of prose and poetry. Liz is able to give these independent writers a sense of “community and coaching support” with her structure.

During the lengthy window of her Wednesday morning group, Liz is available for any sort of help, whether someone is stuck on writing a particular scene or needs help diving deep into the bigger picture before them. To provide this type of support, Liz focuses on editing work so she’s very interruptible and not swallowed up in her own writing. She often looks around to see if there are any faces stressed or stuck or anyone who needs her help.

Liz believes that people have been making great process with this writing group she began last fall. Every person that has been part of the group has “gotten to know themselves and their own writing process a great deal better.” Their progress is measured in the pages produced and their greater knowledge of their own book.

Liz enjoys the moments when she looks around to “see a bunch of writers hunched over laptops or notebooks, each with a little smile, completely inside the writing process.” She is aware that the members are busy business people, and it is very satisfying to see them “allowing themselves to enter that flow state.”

Liz describes the atmosphere she creates as a “mini retreat.” She understands the pull of other aspects of life that push back creative writing projects. Liz often goes away from all chaos on retreats with a group of her writing friends to make the time to write herself. She enjoys the “silence and solitude within a group of other people,” and she creates that in her own writing group. By setting aside these two hours for others to write, she allows them the chance to separate themselves from the chaos of life for a moment, and come out feeling rejuvenated and refreshed.

Liz begins the morning of a writing group, often asking what each person’s intent is for that particular morning. Other times, she will give them something to think about. One morning, she charged them with having fun while they worked. The group of four regulars then begin to write.

Liz says that most people take her out in the hallway to receive help and advice at least once or twice during the session. She describes these moments as completely individual. She listens to each writer talk and offers them questions and suggestions to help them figure out what is troubling them.

At the end of the session, Liz stops roughly ten minutes prior to discuss accomplishments or experiences of writing for that day with everyone.

Liz also has her own long-term writing project that she is currently working on. Inspired one summer while walking past a memorial from World War I in a French village, Liz began working on a historical novel that shifts between two protagonists: an English woman in search of her father who went missing in action during the war, and the father and his experiences during the war.

Liz says the biggest challenge is to sit quietly and be patient with her characters. She says “it is really hard to have patience to listen instead of telling them what they’re doing and write their story for them.”

She often begins her writing, typically in the early hours of the morning, with a 10-15 minute free-write inspired by a picture, a poem or even a paragraph of another work, to allow herself to get into the mindset of writing. Liz is in the habit of keeping a list of questions about the narrators and the novel. She typically begins working on her manuscript by starting in on a scene based on a question from the list. She also, when writing a scene, tries to end with a question to easily be able to reenter the process and the scene.

Liz is currently teaching English and creative writing part time at The Hartsbrook School in Hadley. She taught for 20 years at Concord Academy, and in her career, Liz has helped hundreds of students write their college essays. In 2012, she started Write of Passage: Your College Essay, Your Voice, which is a customized, one-on-one essay coaching for students, and she continues to do college essay coaching.

Along with that service and the creative writing group, Liz also has a group called Get That Business Writing Done. She enjoys helping business owners as well as the creative writers in her Room to Write group.

Liz insists that with only a moderate investment of time, any writer will feel rejuvenated and refreshed about keeping the process moving. “I created what I wanted to have,” she says. “People keep coming back and books are getting longer.”