You are here: Home / All / A Q&A on Willful Evolution 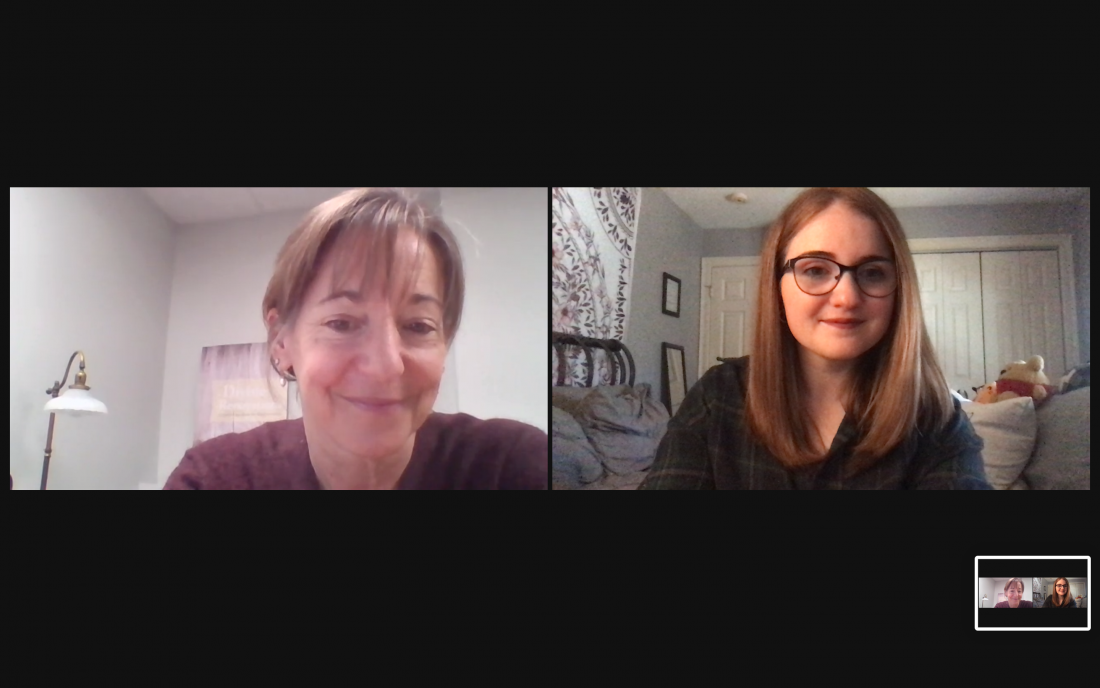 With Willful Evolution: Because healing the heart takes strength available now in my Shop and on Amazon, I wanted to put some more information out there to help potential readers get a better sense of what the book holds. I asked my intern, Jillian Tully of Westfield State University, to interview me and take notes. Here is the conversation she captured. (Please consider sharing this post on your social media platforms!)

What encouraged you to write a sequel to Divine Renovations?

I didn’t actually plan it as a sequel. My original idea was to compile a bunch of blogs. I was going to do two different books—a “Best of” featuring blogs on travel and another on online dating. I asked previous interns over the past few years to pick and choose their favorite blogs. As I looked at what they chose, I saw that the material told a story, but the idea for a sequel still was a long time in coming. I would look at an intern’s compilation of blogs, then put it aside. Then I’d look at another’s selections—all similar picks—and again, no inspiration on what to do with the material. It took a few years before I saw that I didn’t need to use the blogs themselves, that they could be the spark for the story of the past 10 years—a sequel to Divine Renovations—and then I wrote it.

You’ve said you added some aspects of your life near the end of the process. What aspects did you feel you were missing?

The most relevant one was business development because growing my business was such a huge part of my transformation—getting stronger financially made me feel independent and more secure. The book is divided into sections like Family, Travel, Adventure. Near the end of the process, I added a Business section. I also added in more vignettes featuring my longtime housemate Craig Fear. In the beginning, he was more of a random character. He would be in the story, and then he was gone. There was no thread of Craig that carried through, and an early reader pointed that out. I thought to myself, “Yeah, he was a big part of my life,” so I added him in. It was adding Craig that made me realize the business material was missing. I met him in a business networking group called BNI, and growing my business and networking was a huge factor in personal growth. Finally, a big part of my evolution was trying to find a sense of home again. In final drafts, I feel like I refined that message and made clearer what I experienced.

What edits did you make that you thought were most impactful in the final product?

Edits that had to do with my older daughter Sally. She wasn’t in the book very much, and my younger daughter Molly was; an early reader pointed out that lack of balance. She said something like, “When I search for Molly’s name in your manuscript, it is in here 174 times, but Sally is in here about 22 times.” So, I had to come to terms with the fact that that thread needed to be included. Sally and I had had difficulties, and my work was becoming a mom who could empathize. That belonged in there, too.

How are you feeling about publishing the book this week?

I feel excited because when I read Willful Evolution, I think it’s really good and useful to other people. It is saying, “Here’s how I got from Point A, which was bad and sad, to Point B, which is great.” I hope that the story inspires people and that it is motivating. But, there are two parts of my brain: the other is going, “Fear Fear Fear Fear,” and I have to shove that away.

What are you working on now?

In addition to four client manuscripts, I am also at work on my first work of fiction. Yes. No. Maybe. is a love story (because I love love), and I think it’s powerful, raw, and amusing. Due to COVID-19, I had more time to work on my own projects in the past year, but I see that some work may be returning, and that’s a good thing, but it means finishing the novel will take longer! Stay tuned. I am also hoping to put out my Poem Pods book this summer. I am working with my step-grandson, Darian, who is telling me that he is almost done with all of the illustrations. So, that’s exciting.

Anything else you want the people reading the blog to know?

I was talking to my husband the other day with my fear voice, asking him, “Why are people going to care about a book about the last 10 years of my life?” And then I answered my own question with my strong-Janice mind: “Because it’s useful—and it’s funny.” I think that sometimes we all get stuck inside ourselves, and we don’t even understand the roadblocks we are putting up. Sometimes those roadblocks are our fear, sometimes it’s our lack of confidence or the feeling of “I can’t do it. I don’t know how.” I want people to see how I noticed I was doing that to myself—doubting and reacting to anxiety—and how I got out of that thinking. I want people to feel good. So, that’s why.